I grew up just a few kilometers far from a little village near Milan, called Gorgonzola, which actually gave the name to one of the world’s most famous Italian cheeses. Even though, unfortunately, gorgonzola cheese is no more produced in that village, my area is still deeply connected to a diary tradition.

So maybe thanks to my genes, I’m so passionate about cheeses, that becoming a cheese tester is officially in my plans. In the meanwhile every occasion is good to taste and widen my knowledge about this calorie-packed world.

This September I went to Turin for Terra Madre – Salone del Gusto, the international event about sustainable food and gastronomy, organised by Slow Food for the first time along the streets and square of Turin [if you’re curious, you could watch my video about the day spent at Terra Madre].

In San Carlo square and along via Roma, I tasted some amazing Slow Food presidia, such as Bagoss, Robiola di Roccaverano, Caciocavallo Podolico, Conciato Romano, which is the most ancient Italian cheese.

In Valentino’s park, in the area of the European market, I bumped into some incredible English cheeses, produced by White Lake Cheeses, and by Fine Cheese Co., a company founded in Bath by Ann-Marie Dyas, who selects and mature high-quality artisan cheeses, especially from the British tradition. Their Stilton completely seduced me, thanks to its rich flavour and the melt-in-your-mouth consistency. As soon as I noticed the traditional pots of Stilton, I couldn’t help but buying one of them. 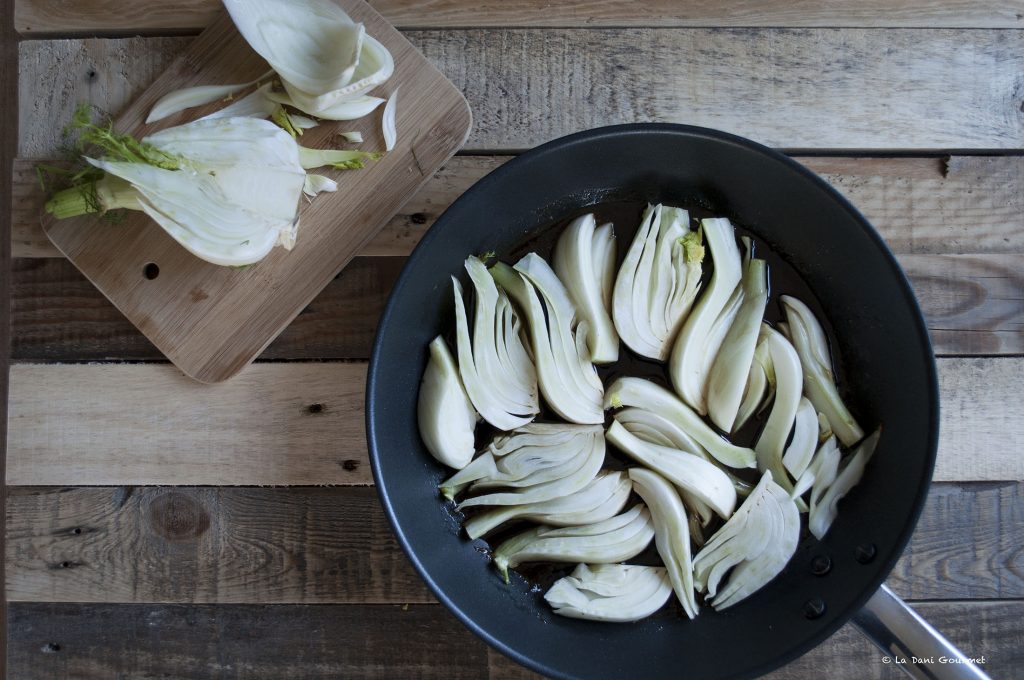 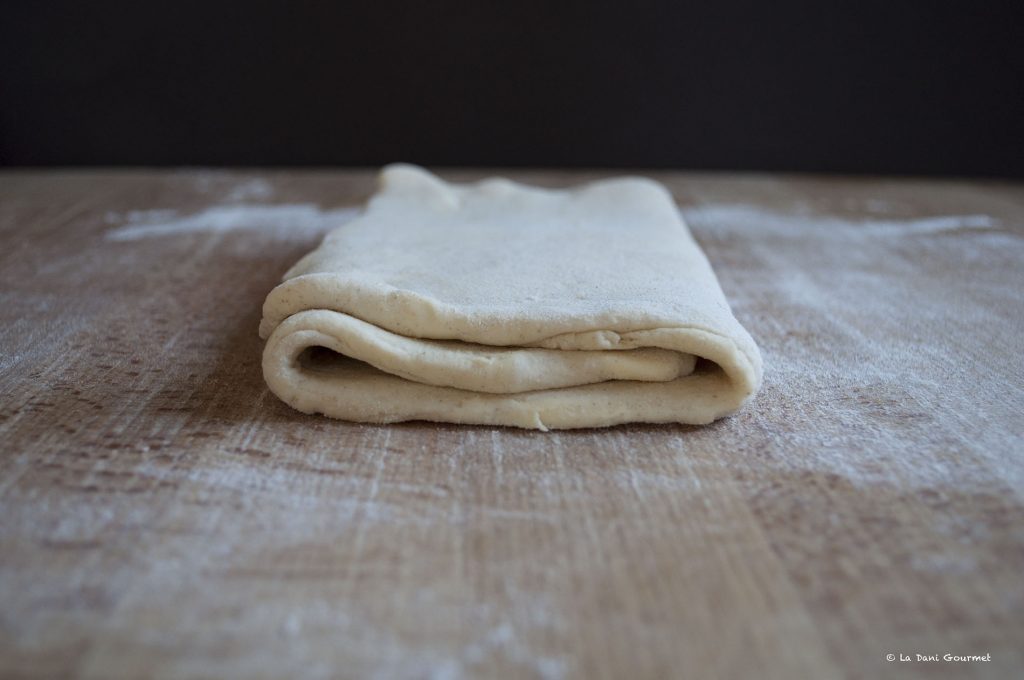 I could have eaten the whole pot directly by myself, but I thought to marry this amazing cheese with a Fennel Tarte Tatin. The intensity of Stilton combines well with the sweetness of caramelised fennels, creating a nice contrasts of flavours.

As a pastry, I used the recipe for pasta sfoglia minuto (a quick puff pastry) taken from the book “Da Uno a Infinito” by chef Stefania Corrado. An incredible recipe, both quick and easy to make, that create a good quality puff pastry, even though it has fewer layers compared to a traditional French pâte feuilletée. 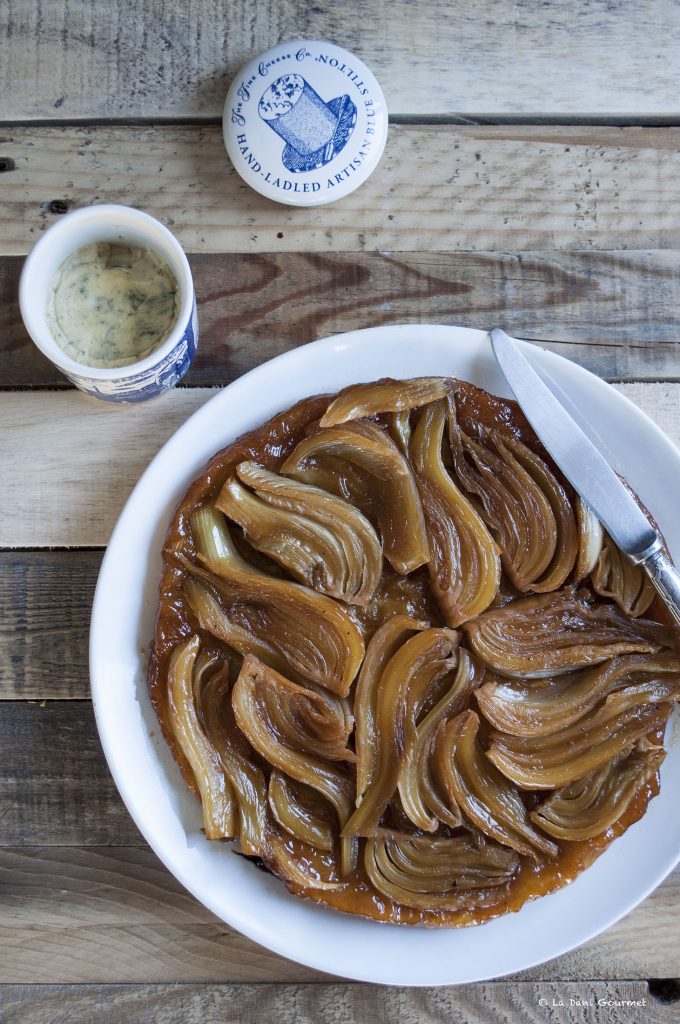 for an oven-safe and non-stick pan of 22 cm

In a bowl, combine butter with flour, better with a pastry blender, until the butter is the size of peas. Then add water and salt and knead quickly until the dough comes together.

Cover with plastic wrap and let it rest in the fridge for about 15 min.

Flour your working board and roll the dough in a rectangle, about 4-5 mm thick. Fold up one third from the top, then a third from the bottom over it. 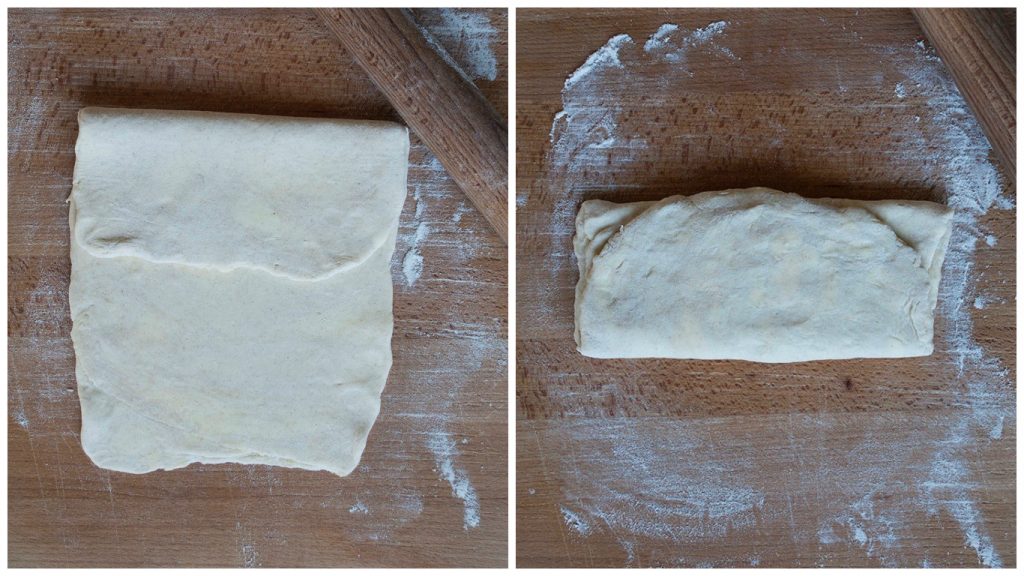 Wrap the dough and put it the fridge for about 10 minutes.

Take the dough again, keeping the open side on your right, and follow again the same steps (roll-fold-rest) for a couple of times. Then cover the pasty and let it rest for 30 minutes in the fridge.

Halve the fennels, remove the hard part, and cut them into slices of about 2 cm thick.

In a non-stick pan, heat the sugar at low-heat, without adding water. As soon as it caramelises add the butter and place evenly the fennel pieces. Season with salt and pepper.

Put the pan in a pre-heated oven at 180°C for about 15 minutes, so that fennels start to caramelise.

In the meanwhile, roll the dough thinly and cut a circle, just as big as the pan. Put it again in the fridge.

Remove the pan from the oven, and let the fennels cool down for some minutes. Then place the pastry on the fennels and fold the edges. With a knife, make three cuts on the pastry.
In case fennels release too much water, you can remove a couple of tablespoons, before placing the pastry.

Bake for 25-30 minutes, until the pastry is golden brown.

Remove the pan from the oven, wait just a couple of minutes and then turn carefully the Tatin out on a serving dish.

Serve it warm with some pieces of Stilton. 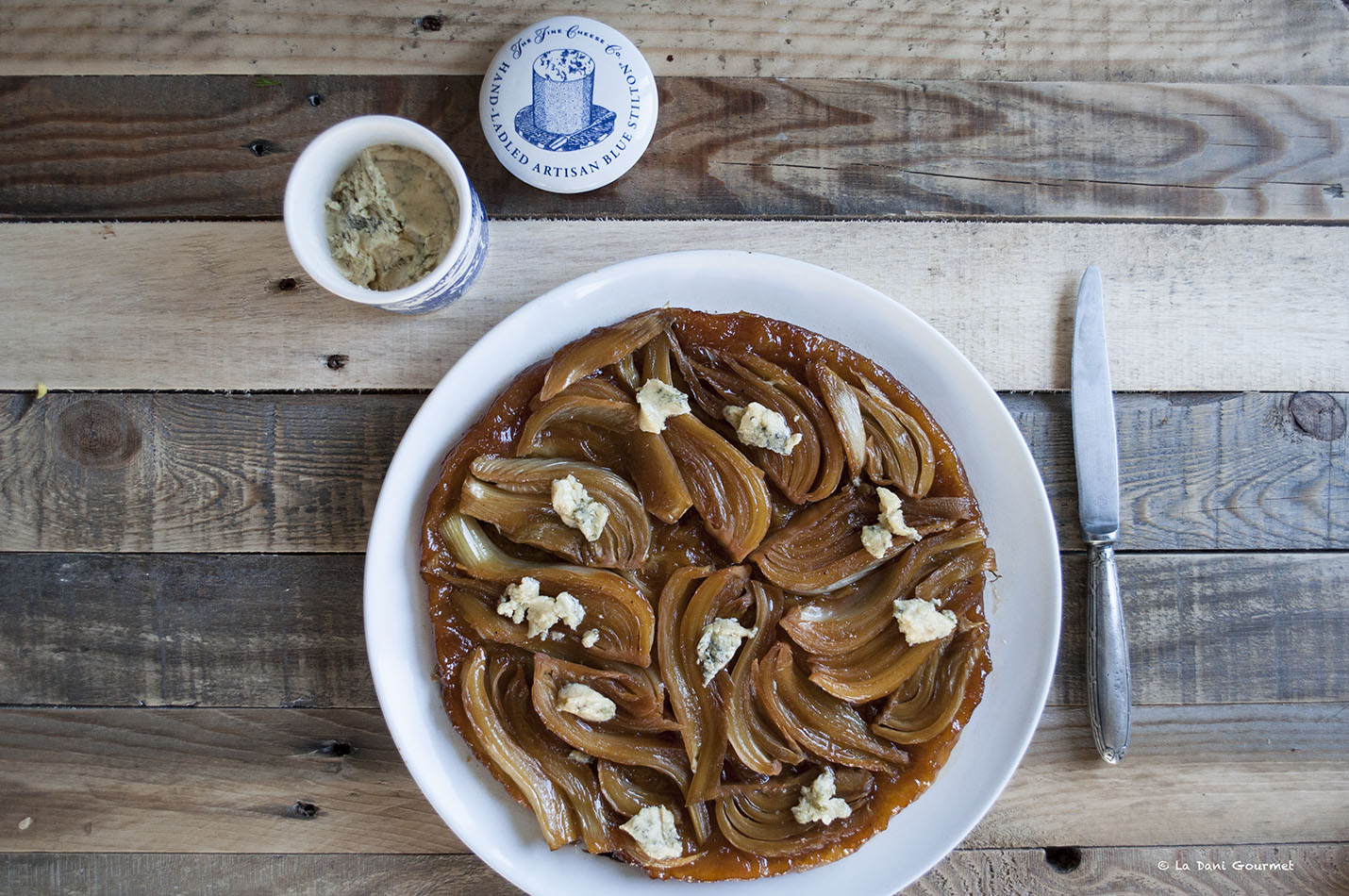