I was born in mid 80s, and when I was young, Halloween was not popular in Italy, and I only heard about it thanks to the movies and tv series I watched. This period was not associated with decorated pumpkins and terrifying masks, but it has always been connected to the not-so-charming but still appreciated festivity of Ognissanti.

The first of November we celebrate in Italy Ognissanti, and everybody doesn’t go to school or to work (that’s why we always appreciated this day), so that we can visit our beloved departed ones and spend some time remembering them.

During those days in Lombardy, where I grew up, many pastry shops and bakeries prepare Pane dei Morti, a sort of big, rich and strongly spiced cookie, that was originally prepared as a gift to be given to our departed. The tradition of preparing something for the passed-away is quite common throughout Italy, so that you can find many preparations “dei morti” (literally translated “of the dead”):  fave dei morti, almond-based biscuits; Tuscan Pan dei morti, also called Pan dei Santi, a sweet bread enriched with walnuts and raisins; ossa dei morti, similar to fave dei morti, but flavoured with cinnamon and cloves. 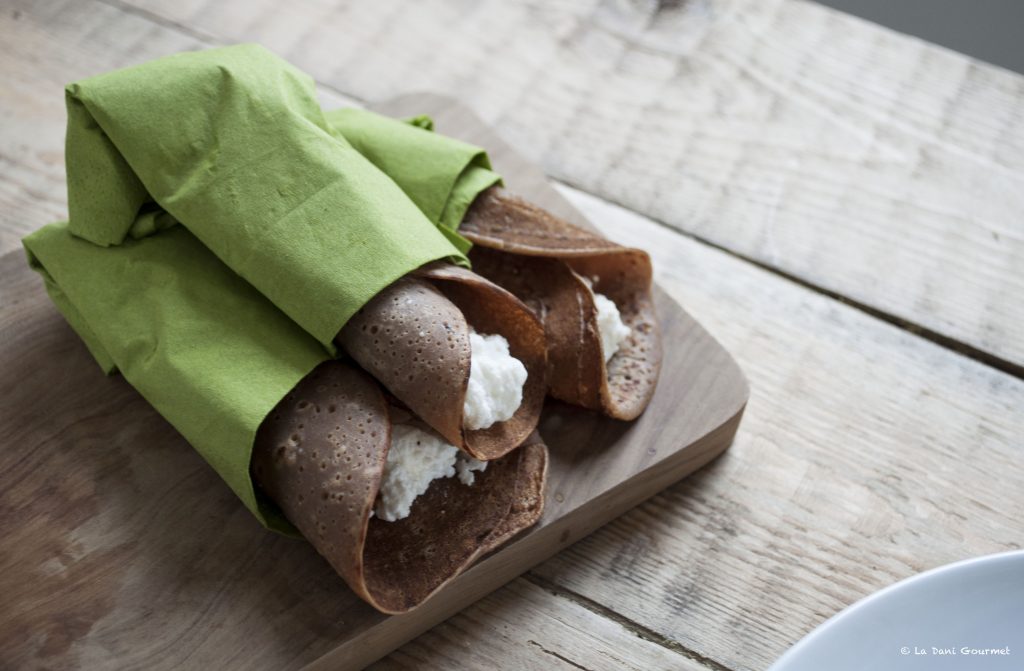 Where I live, in the area of Versilia, Lucchesia and Garfagnana, this is also the period of autumn sagre (food festivals). In October there have been many Chestnut festivals and during the days of Ognissanti in Camaiore there’s sagra dei matuffi, dedicated to a typical dish of soft polenta. During these festivals, it’s quite common to find the first stalls of the season, preparing a local streetfood I love so much: Necci.

Neccio is the local and generic term for castagna (chestnut), especially used when speaking about chestnut flour. Necci are simply made with water, chestnut flour – better if freshly ground – and a little evoo, and they look like thin pancakes. They were originally cooked on smooth rocks, previously heated in the oven; but now they’re cooked on typical ferri, or on simple griddle or non-stick pan, brushed with evoo or lard.

This is typically combined with the freshest ricotta and some good honey, but they also marry well with some local charcuterie, like lard, cheek lard or Biroldo, a sanguinaccio Slow Food Presidium of Garfagnana.

If you’re eager to discover more about the traditions and recipes of this period of the year, you shouldn’t miss the posts of my fellow partners of Cucina Conversations: 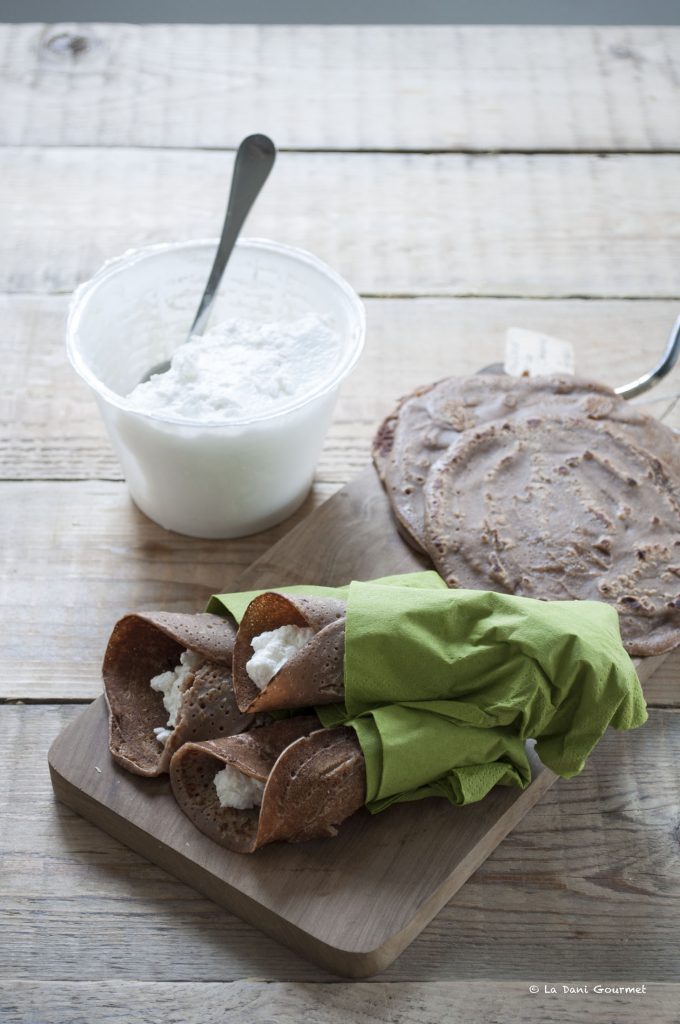 Mix well the flour together with water and a pinch of salt. The batter should be smooth and dense, but not too much.

Cover with plastic lid and let it rest for about an hour.

Heat up a non-stick pan, and when it’s super hot, add a spoon of evoo and about 1/4 of a cup of the mixture. Spread well, using a spoon, so that you get a neccio a bit thicker than a crêpe. Cook for about one minute and then flip it carefully; brown on the other side.

Continue until the batter finishes, and pile the necci on a plate.

Stuff them with generous ricotta and a teaspoon of honey. 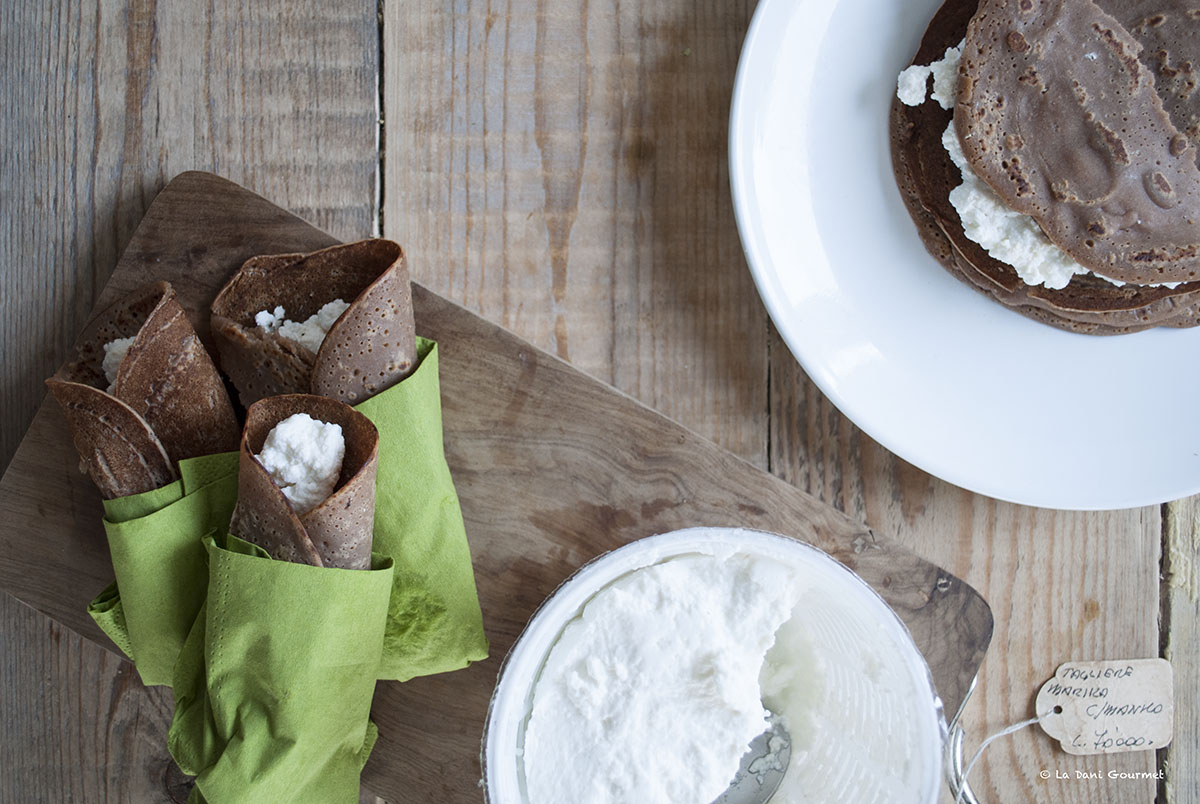