Goodbye Basilicata! We drive on the Statale that connect this region to Campania and we finally reach the Salerno-Reggio Calabria Highway. After a few kilometers, we take the exit Eboli.

Heading to Paestum, we realize at once that we are in the Mozzarella Heaven. Lots of cheese factory with their visible signs recall the attention and claim that this is the land of “white gold”.

Mozzarella di Bufala has the DOP denomination and it could be produced just in specific districts of Campania, Lazio, Molise and Puglia, using the milk from the same area. But I have to say that there are two places where Mozzarella di Bufala is actually something to be honored: the area around Caserta, where it’s more salty, and the Piana del Sele (the area between Eboli and Battipaglia) where it’s “sweeter”.

We are right in Paestum, the gem of Magna Grecia, where there’s an archaeological area with well-preserved temples, less known but yet marvellous than the ones in Agrigento. 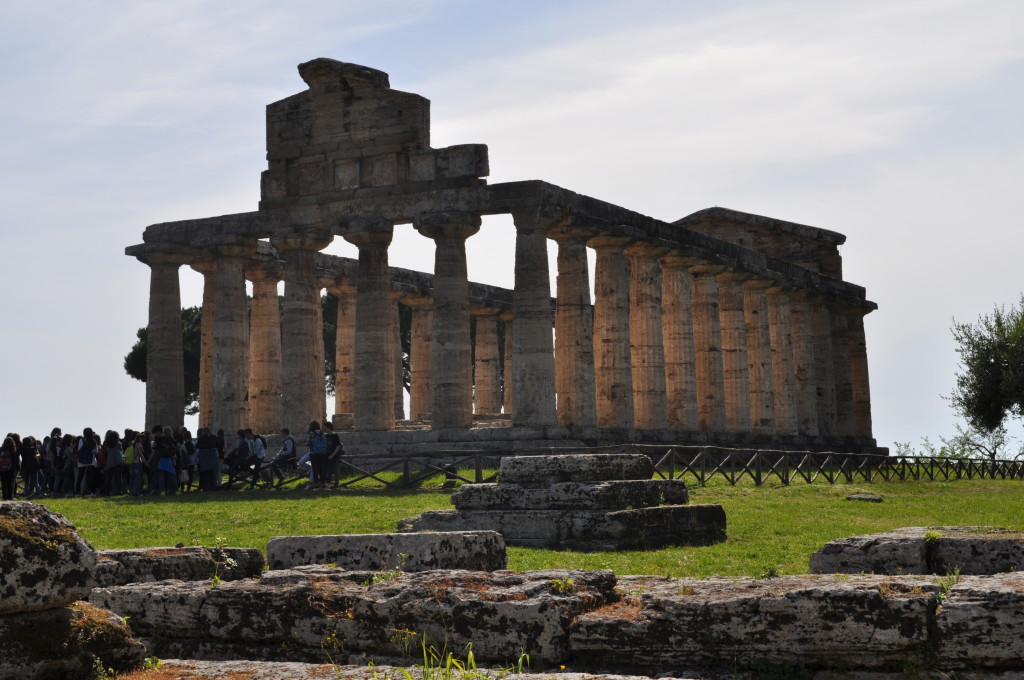 And it’s in this flat and historically marshy country, that one of the most appreciated and popular cheese in Italy is produced usign the milk of an animal, that was actually exotic.

The Bufala (female buffalo) is originally from Asia, and according to some sources, it has been brought to Italy already before the Christian Era. Since the Bufala likes marshy habitat, it  adattandosi bene a pianure paludose, ha trovato nella Piana del Sele un habitat ideale.

For the mozzarella lovers like us, it’s higly recommended to drive on the Statale 18, from Paestum to Salerno. A real Mozzarella Road with tens and tens of cheese factories, among which, the famous Tenuta Vannulo. Here it’s possible to book a guided tour, see their female buffalos and of course taste their diary products, such as ricotta cheese, yogurt, icecream, and the queen Mozzarella, considered by many experts the undiscussed best, even it’s not a DOP.

Even the well-known Zizzona di Battipaglia (literally, the Big Boob of Battipaglia) doesn’t have the DOP mark. It normally weighs much more than one kilo, and the DOP disciplinary accept a maximum 800 g weight. Moreover the shape is not traditional, being featured with a nipple that defines the resemblance to a female breast. 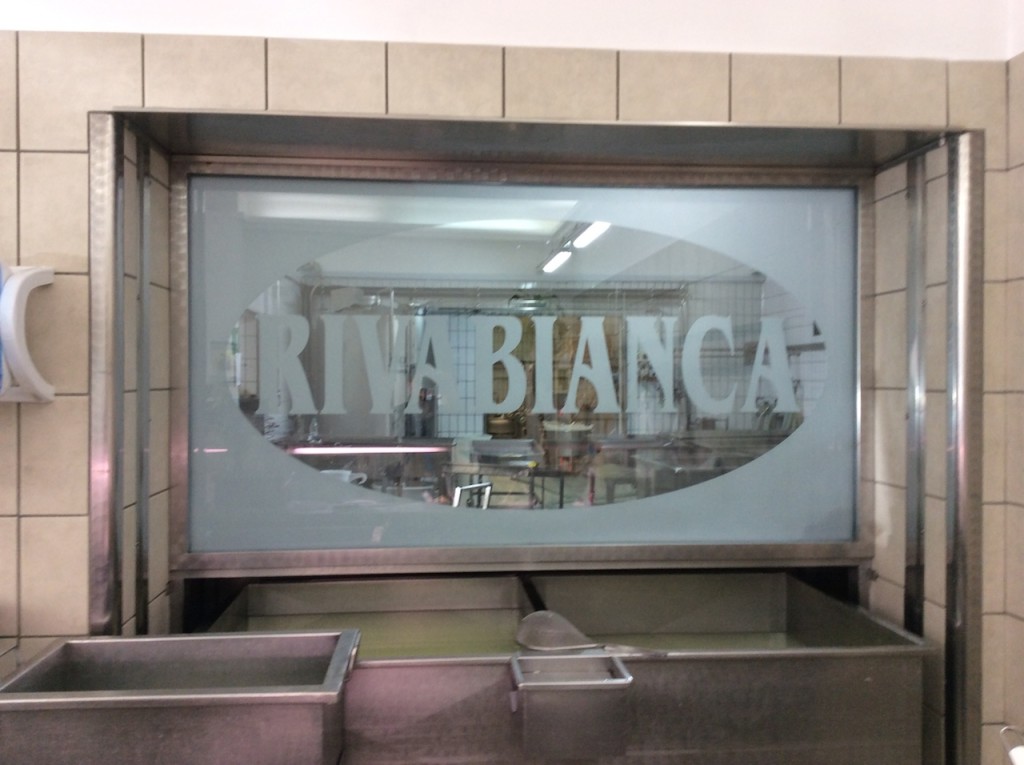 Driving to Salerno, we stop over at Rivabianca, another excellent among the plethora of Mozzarella di Bufala producers. This mozzarella has the DOP mark, since it respects the rigid rules established for this diary product. Made with extremely fresh milk (milked not more than 60 hours before) and coming from the female buffalos of their cooperative. The production process is simple but scrupulous and consists of an inital natural fermentation phase at around 38°C, followed by the filatura (the spinning – the formation of pasta filata) and the mozzatura (the process of shaping mozzarella, squeezing the pasta filata between the thumb and the forefinger), at a temperature higher than 90°C to guarantee hygiene and health. 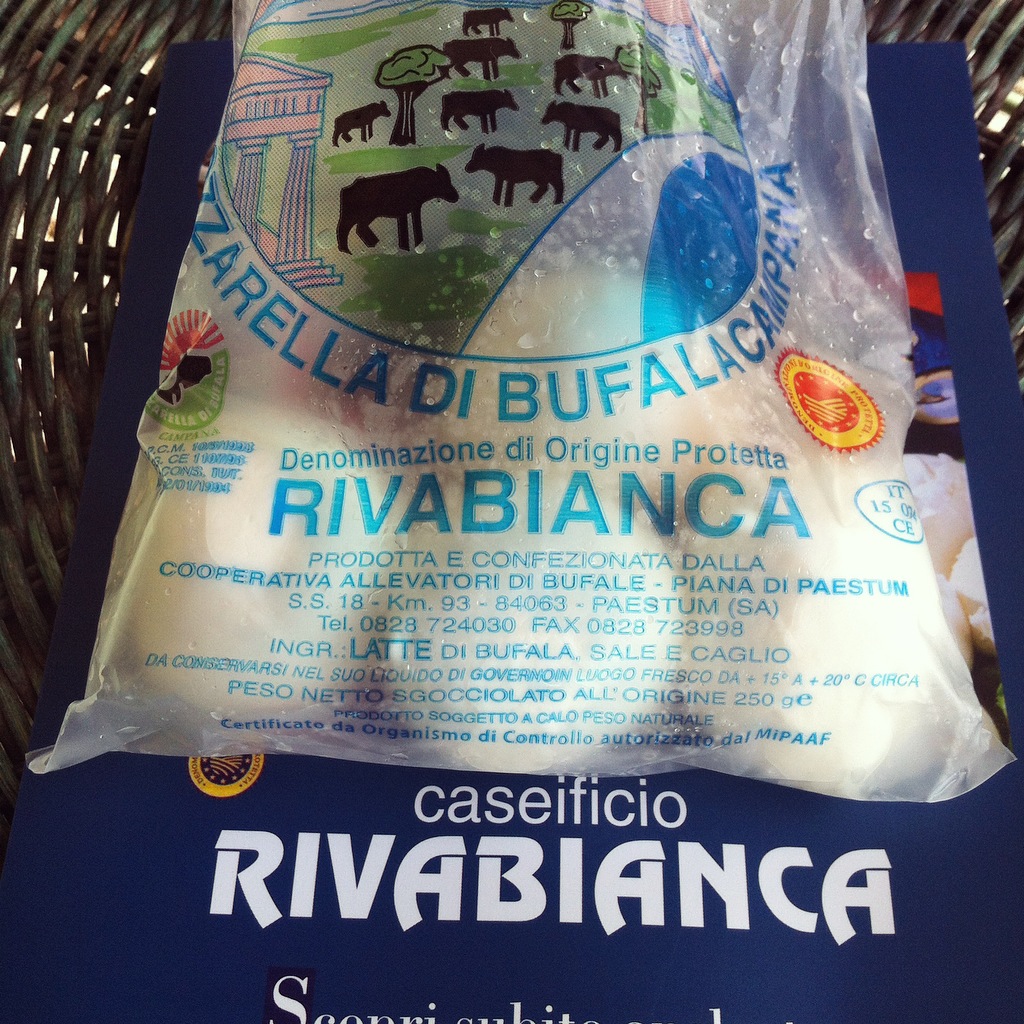 According to purists, it’s forbidden to store mozzarella into the fridge. Indeed, it has to be kept into its water and consumed within 24 hours, to get the best out of it.
Pure white, tough and compact both cutting and chewing it, it has a delicate, milky but definite flavour. Once you taste the real mozzarella, you never go back.

What about staying here a whole week, driving every day on statale 18, trying every size from bocconcino (the smallest) to Zizzona di Battipaglia, chasing the best mozzarella ever and building a personal classification? Sooner or later I will do it. 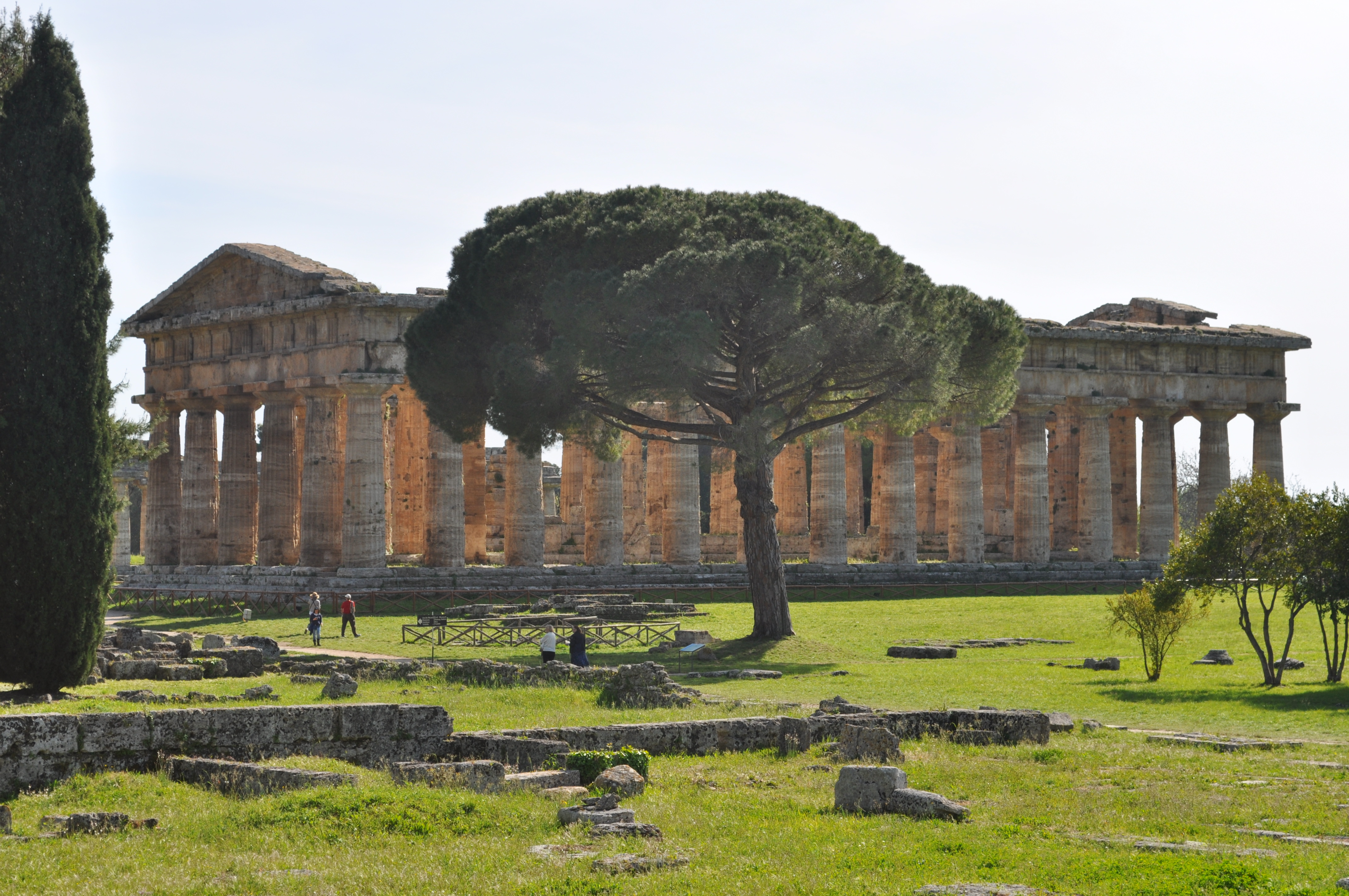 Written By
Daniela Barutta
More from Daniela Barutta
Lemons, tangerines, clementines, oranges. If there's something I impatiently wait at this...
Read More