Matera is half an hour far from Altamura and we get there right after leaving the Alta Murgia in Puglia, driving through a land where we don’t understand where Puglia ends and Basilicata begins.

The Apulian murgia and the area of Matera share the “gravine“, a morphological feature similar to a canyon. And that’s right around a gravina that the Sassi of Matera are built.

We park the car in the new Matera, which looks like a pleasant but ordinary Italian town, and as suggested by the Tourist Office, we head to Piazzetta Pascoli for the first panoramic spot. I find myself between two worlds, over reality and art and I’m left with no words, staring at the Civita and Sasso Caveoso, which form the Sassi of Matera together with Sasso Barisano.

Matera is charming and mysterious, and you would spend hours to walk up and down its stairs, discovering new details and views, and figuring out how it would have been till 1950, when the Sassi were evacuated for insufficient hygiene, due to a lack of sewers.

At that time it was called “vergogna d’Italia” (the shame of Italy), and just around the 80’s the restoration works started, together with a growing awareness of the historical and cultural value of this town. And with pride, Matera is since 1993 a Unesco Heritage Site, and it will be  European Capital of Culture in 2019. 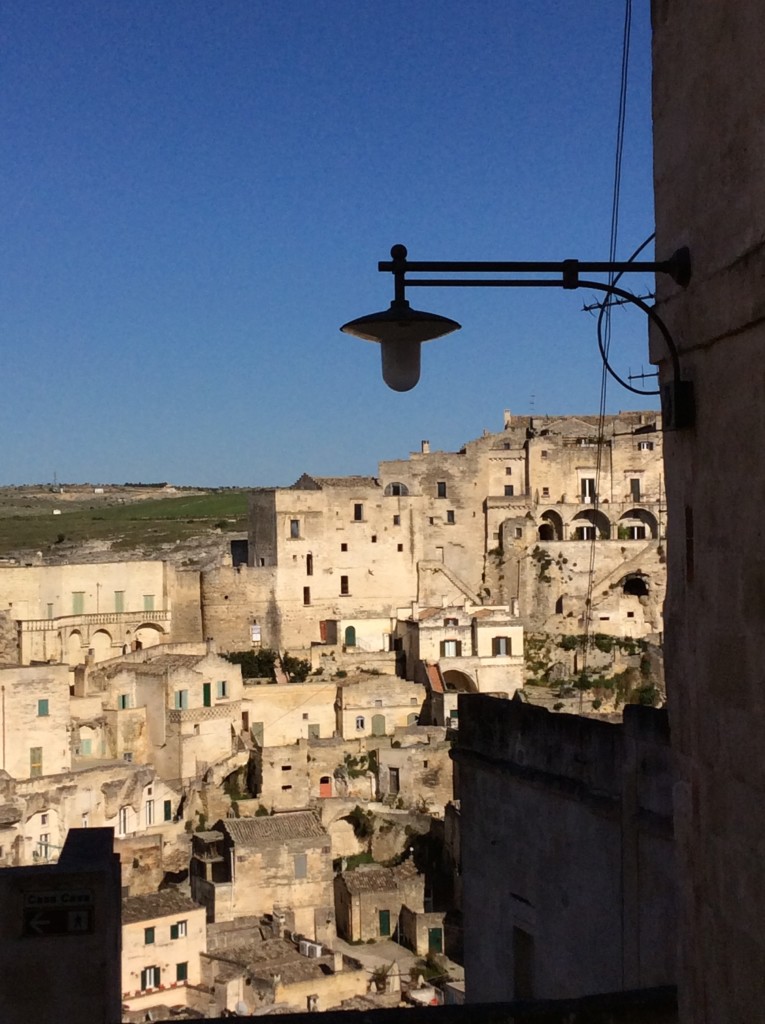 Matera belonged to the Terre d’Otranto, and certainly its cooking recalls many dishes from the neighbour Puglia. Indeed, here we find fava beans, cardoncelli mushrooms, lampascioni (I breafly spoke about them here) and dishes like orecchiette with broccoli rabe.

Even its bread has many similarities with the one from Altamura. The Bread of Matera IGP is made of water, salt, sourdough and durum wheat flour, just the one from Basilicata of precious cultivar, as the famous Senatore Cappelli. As a kind lady at Pane&Pace – Antico Forno a legna di Lucia Perrone explained me, it can be produced with 4 shapes: short, tall with a smooth crust, tall with a cut crust, and the cornetto. 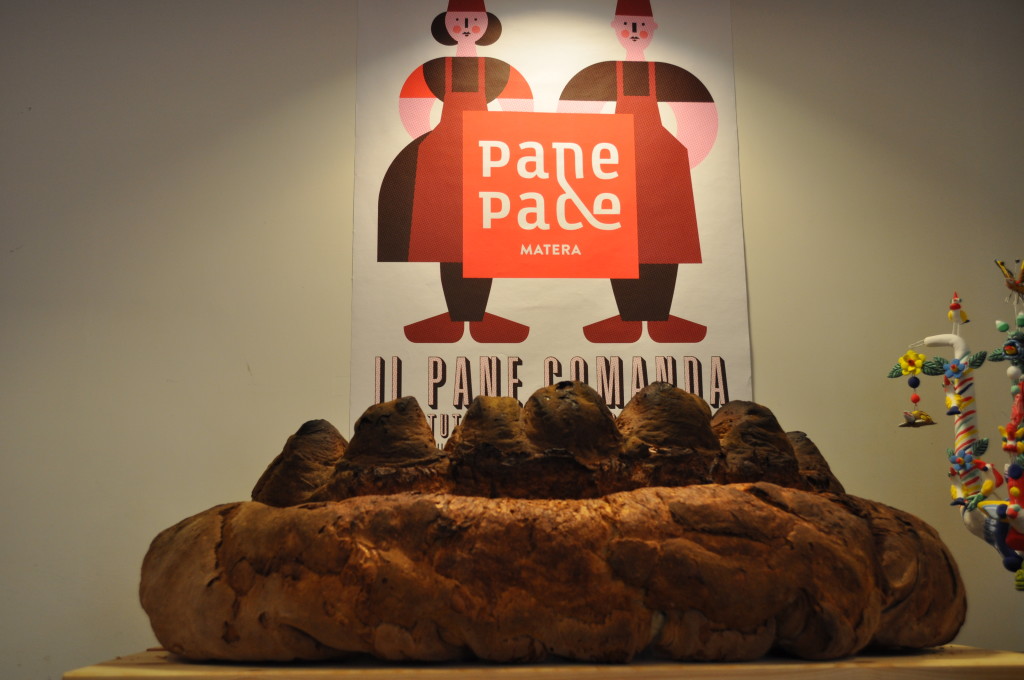 Entering the shop, you couldn’t help but noticing the statuary 10 kilos-bread, proudly shown opposite the entrance. As for the bread of Altamura, the crust is thick and dark, and the inside is of a pale yellow.  It can be stored for a long period (till 10 days for the bigger size) and you can buy it on their website, together with other bakery products, such as cancelle materane, similar to taralli but with a different shape.

Here I also discovered that Basilicata produce and consume many varieties of beans. Among the most special we find the black chikpeas, cultivated in the Murge around Matera and Bari, the cicerchie (grass peas), the beans of Sarconi IGP, of which there are different types, celebrated by a festival in August (this year the 18th and 19th).

To underline the connection between this land and the “proteine dei poveri” (proteins for the poor, as we refer to beans in Italy), there’a dish from Matera called Crapiata. Technically it’s a soup made of beans and cereals, in origin prepared collectively the 1st of August to celebrate the end of the harvest. In the Sassi everyone contributed with some beans or cereals, and the women were in charge to slow cook the soup in one big pot on the street. Nowadays tourists coming to Matera the 1st of August can taste this Crapiata at the festival that takes place every year to celebrate and preserve this dish, symbol of the rural identity of Matera. 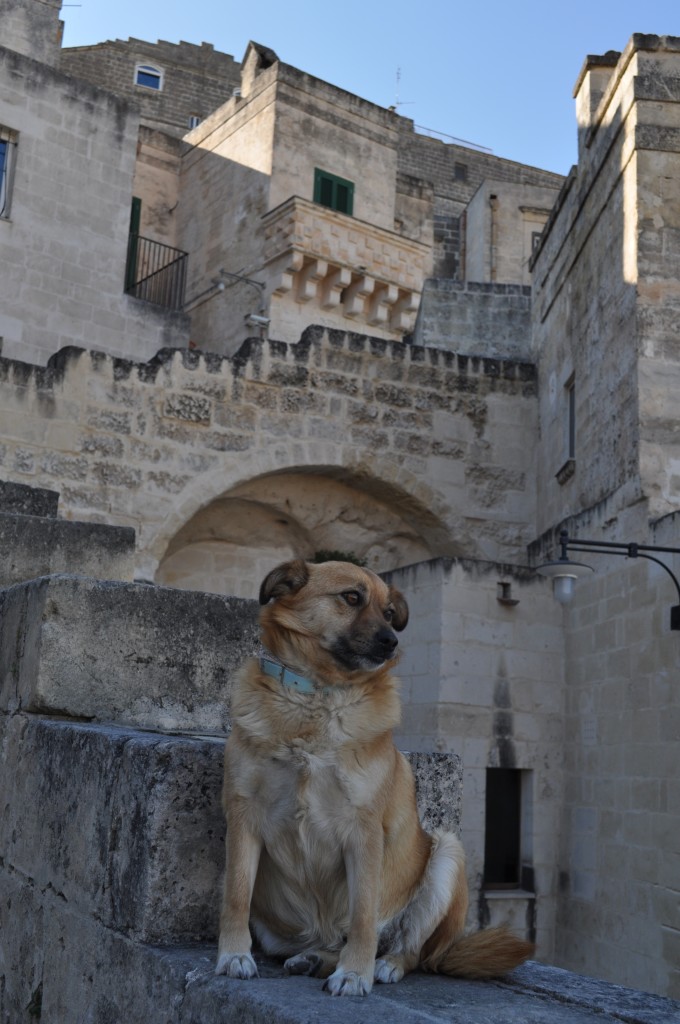 You can’t stay indifferent to Matera. Here emotions are on the first page, and its views and details have created in my mind and unforgettable image of this town. Everybody should visit Matera at least once in a lifetime. 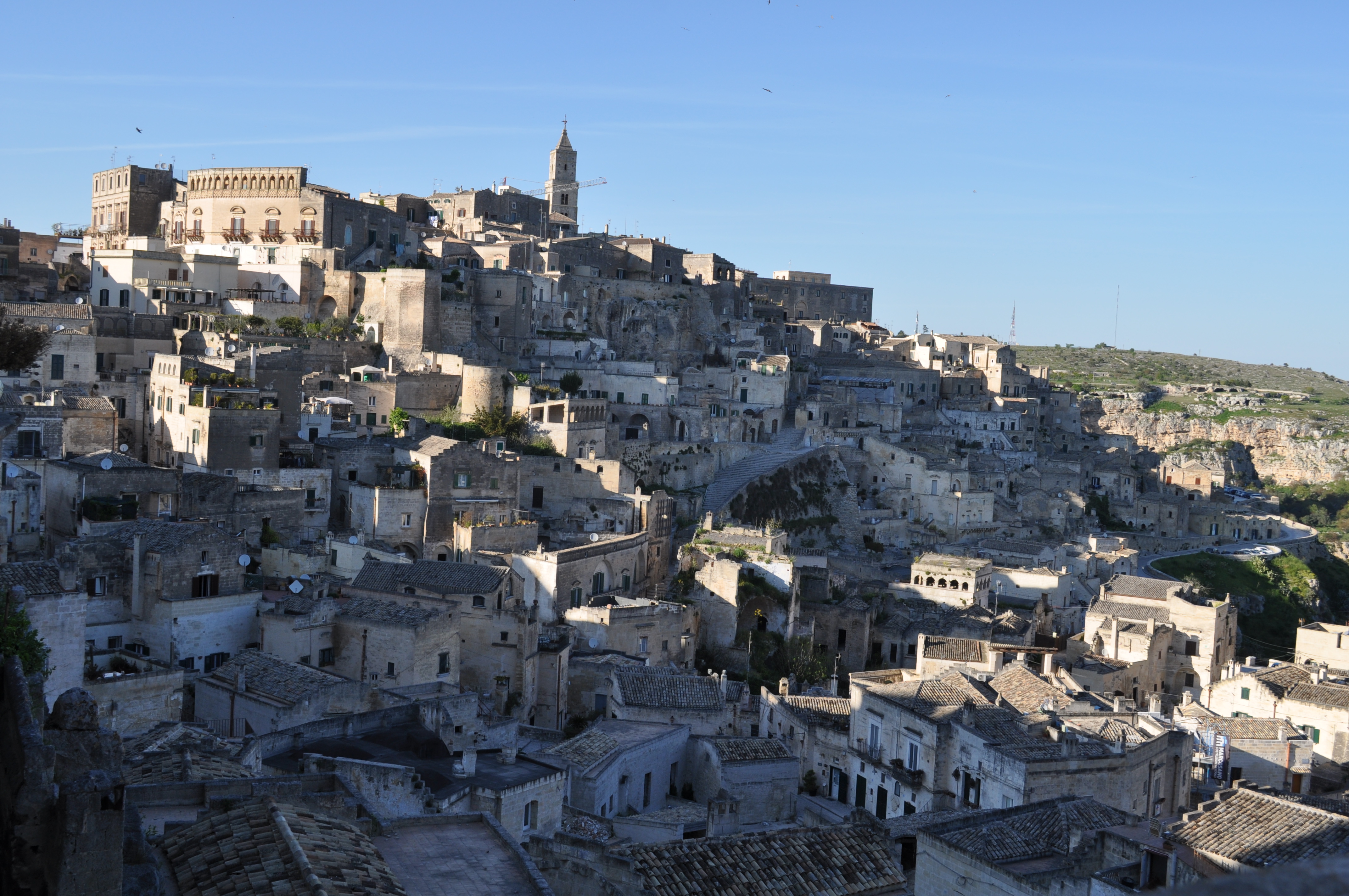