Apart from being the major town of Côte d’Azur and the fifth biggest city in France, Nice is certainly more than famous for Italians and Europeans.

I visited this town for the first time just last year, and it was love at first sight. The light, the Belle Epoque architecture, the shop windows covered by boiseries, the intense aroma of bread and croissants pur beurre coming from the charming boulangeries. I’m fascinated by the French elements, that coexist with many Italian details.

Nice was ceded to France just in  1860, and its “Italian” past can be read in the architecture of Vielle Ville, with its narrow roads that recall the typical streets of the old Genova, the caruggi. The Italian influence is also reflected on the menus of the restaurants, where pasta, raviolis and pizza (lots of pizza!) stand out.

Even the street food reveals Italian roots behind the niçoise Socca, a specialty originally from Liguria and known in Italy as farinata di ceci. Thin, crunchy and baked in wood-fired oven, the best in town is at Chez Pipo, near the port, an area with lots of bistrots and cafés. 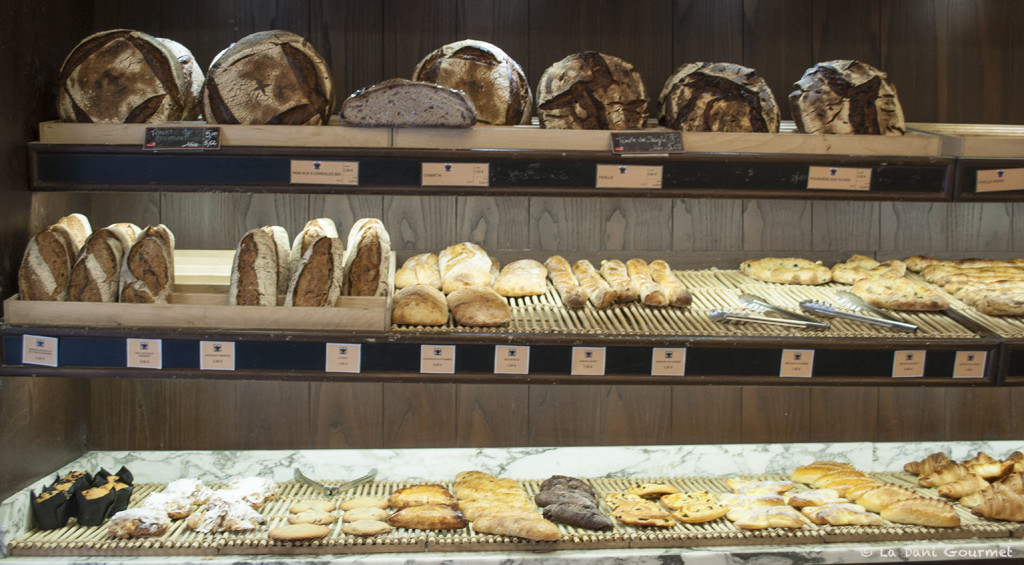 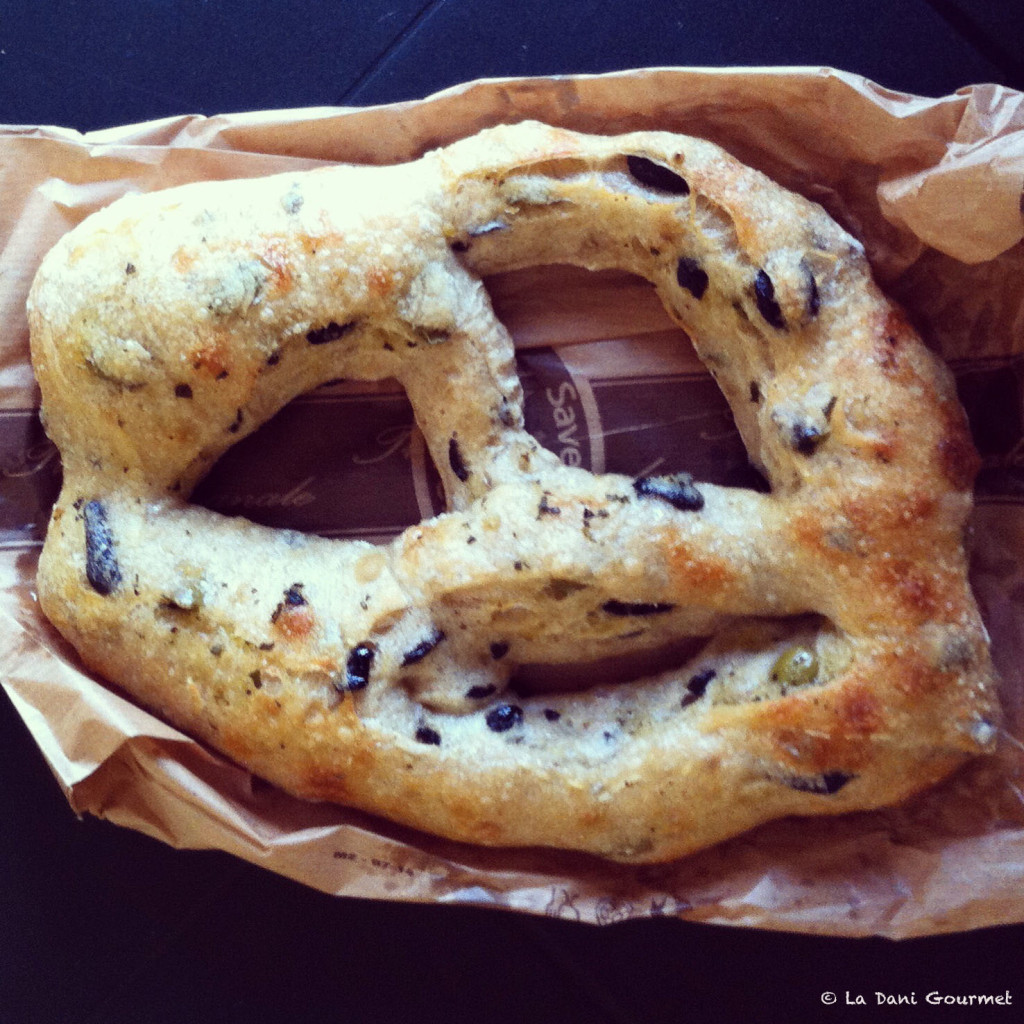 Near the port, in Rue Barla there’s the amazing boulangerie Maison Jean-Marc Bordonnat. They produce everything with levain natutel (sourdough), and you should really try their fougasse aux olives, made with the same dough of baguette, it is shaped as a big leaf, and enriched with abundant spiced olives. Yum. 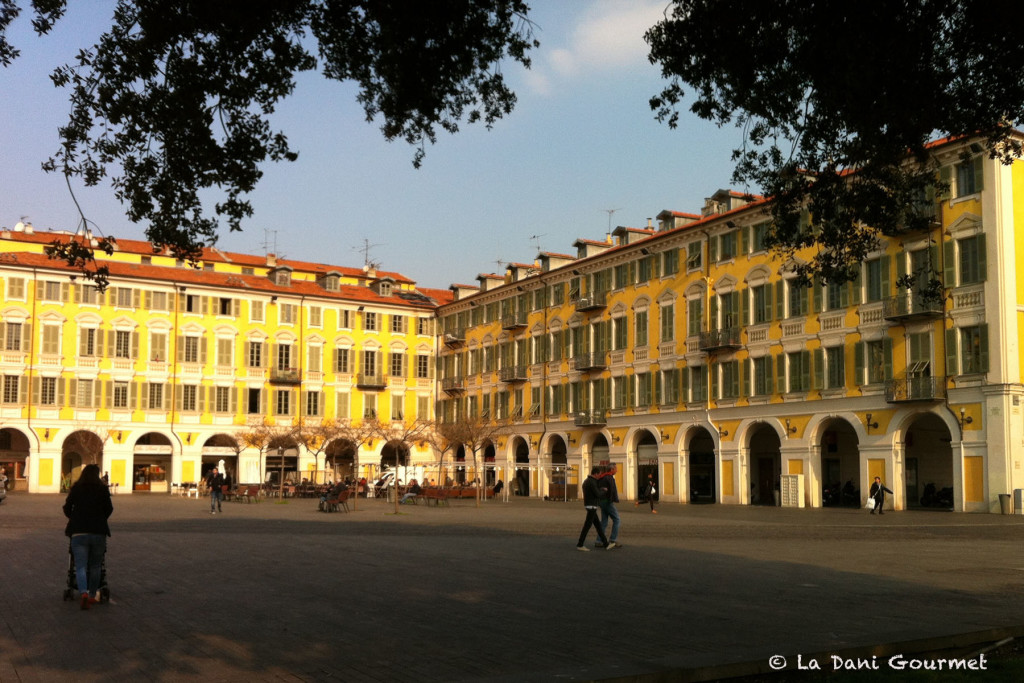 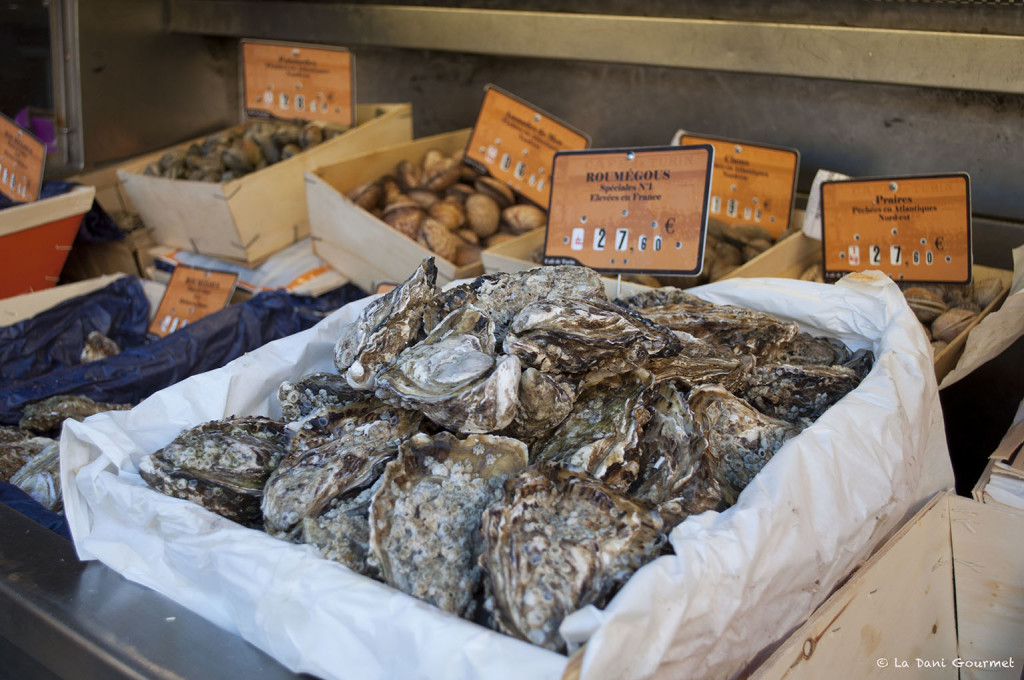 Walking from the port area to the Old Town, you bump into Place Garibaldi, one of the most ancient squares in Nice, it’s a bright and wide place with lots of people rushing. At the corner of the southern colonnades, we find Café de Turin, a must-stop for all the oysters-lovers – and other coquillages.

Entering the Vielle Ville, we stop at Girofle et Cannelle, a shop specialized in spices, salt and with a corner dedicated to the Traditional balsamic Vinegar of Modena. I suggest to try the Curry à l’Ancienne (a mix created by the owner himself) and the aromatic Mélange David Crockett, a mixture of salt, pepper coriander, sugar and other spices. Amazing on white meats and to add extra flavour to some boring steamed vegetables. 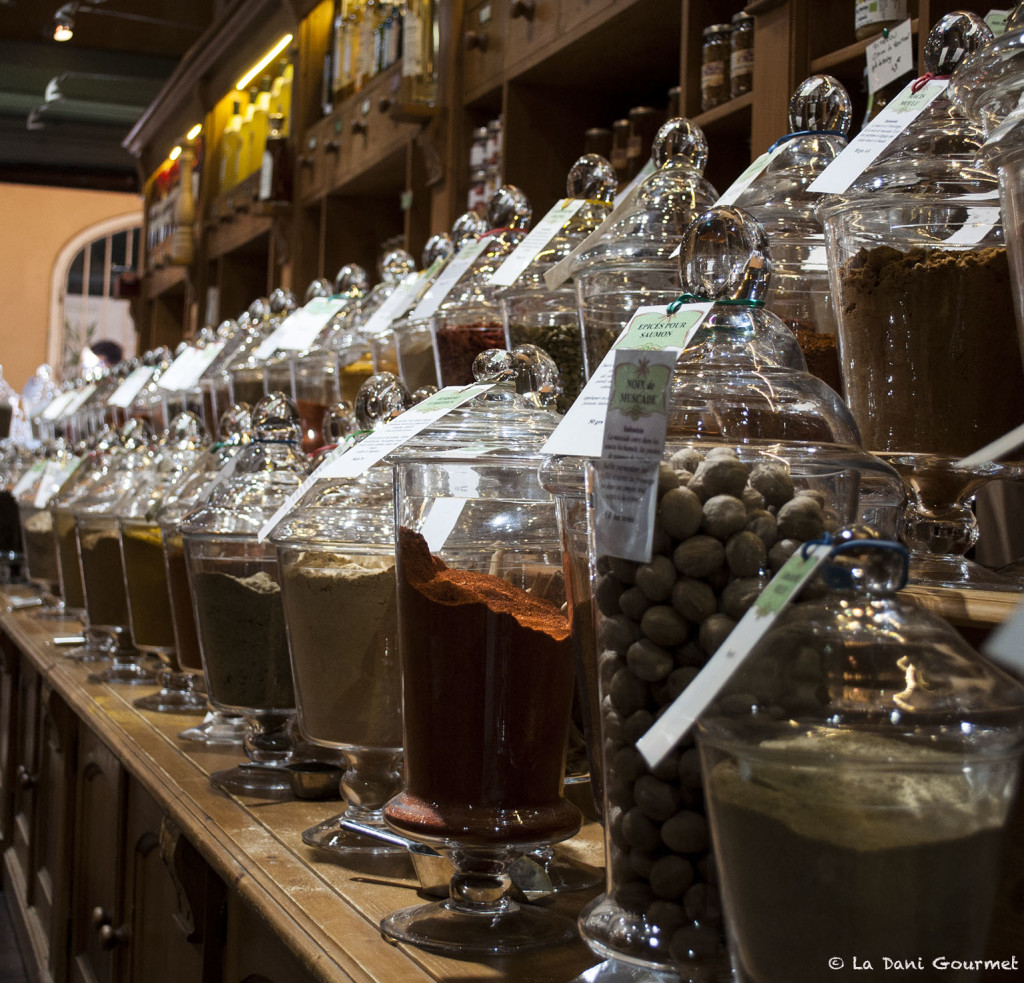 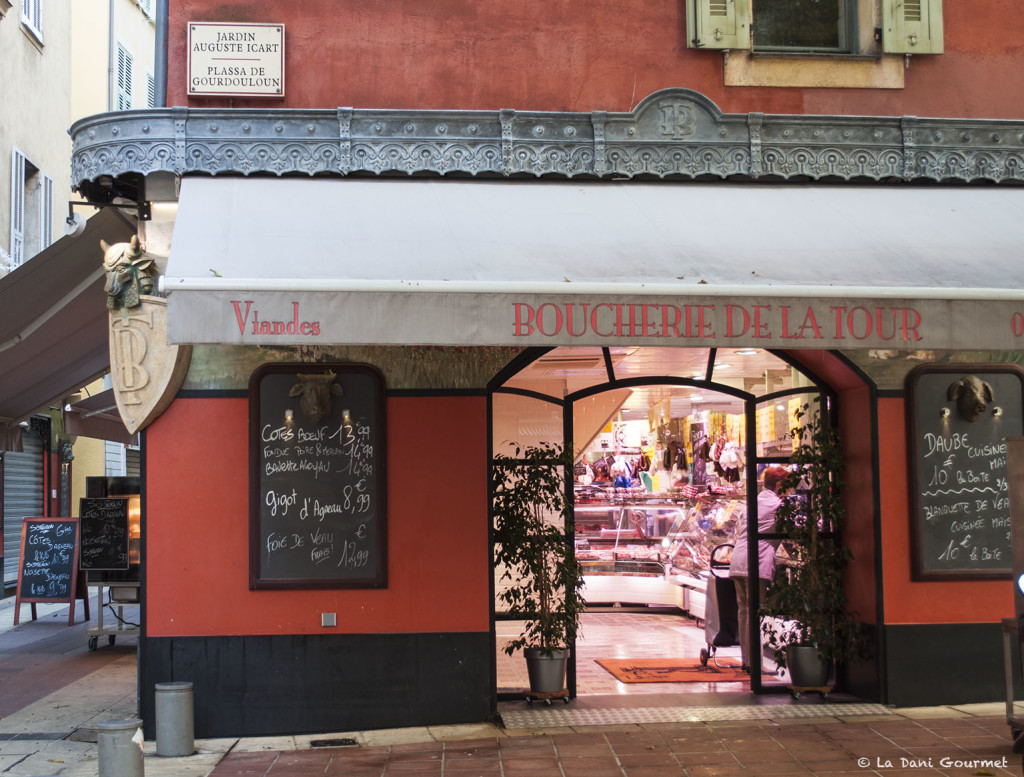 Wandering in the Old Town, we get lost into the charming and decadent streets, full of boucheries – butchers – and restaurants. 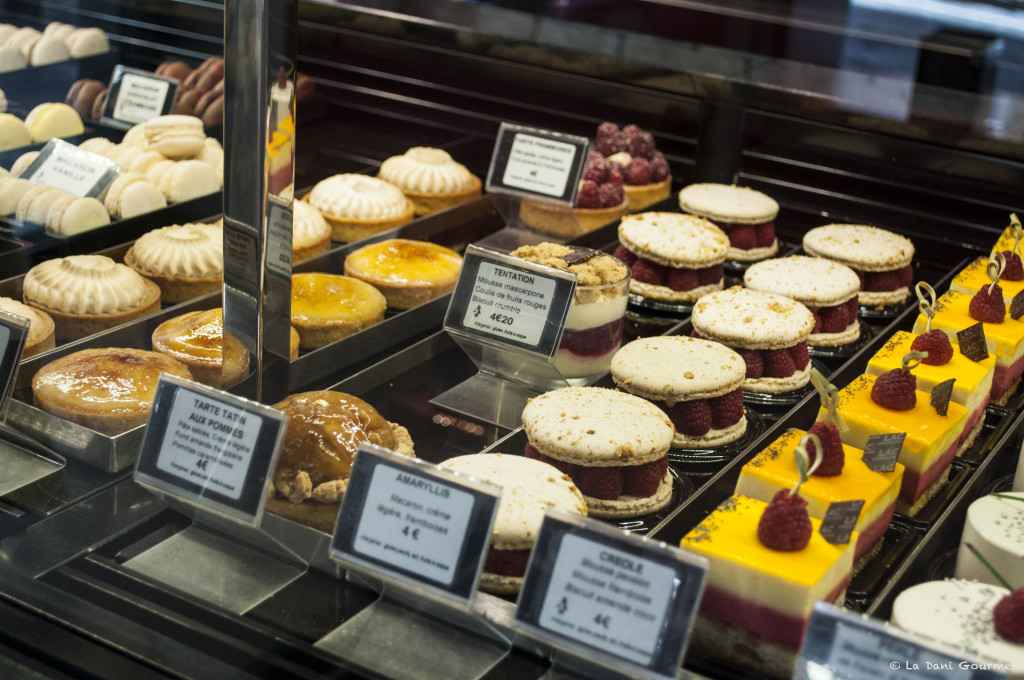 Inside the Vielle Ville we also find one of the five (!) LAC shops, the best patisserie in town, created by the talented Pascal Lac, a member of the prestigious Relais Dessert and the best maître chocolatier of France. Attention to the details, balanced flavours and a real pleasure to taste. If you can, try more than one type, I would suggest something based on chocolate and maybe a tarte, as the traditional yet delicious tarte au citron méringuée.

Right in this market, our other favourite boulangerie has a booth: La Fougasserie, who has the main store just a few steps far from Cours de Saleya. They also produce all the bread au levain naturel and they make an amazing Pissaladière (photo below), a flat bread covered by slowly cooked onions and anchovies, another must-try of the local street food. Look at their amazing products, and if you wish give a try to another specialty, the tourte aux blettes sucrée, a shortcrust stuffed with chard, raisins and pine nuts. Its earthy and sweet taste recalled me the”scarpaccia“, a traditional treat from Viareggio in Italy. 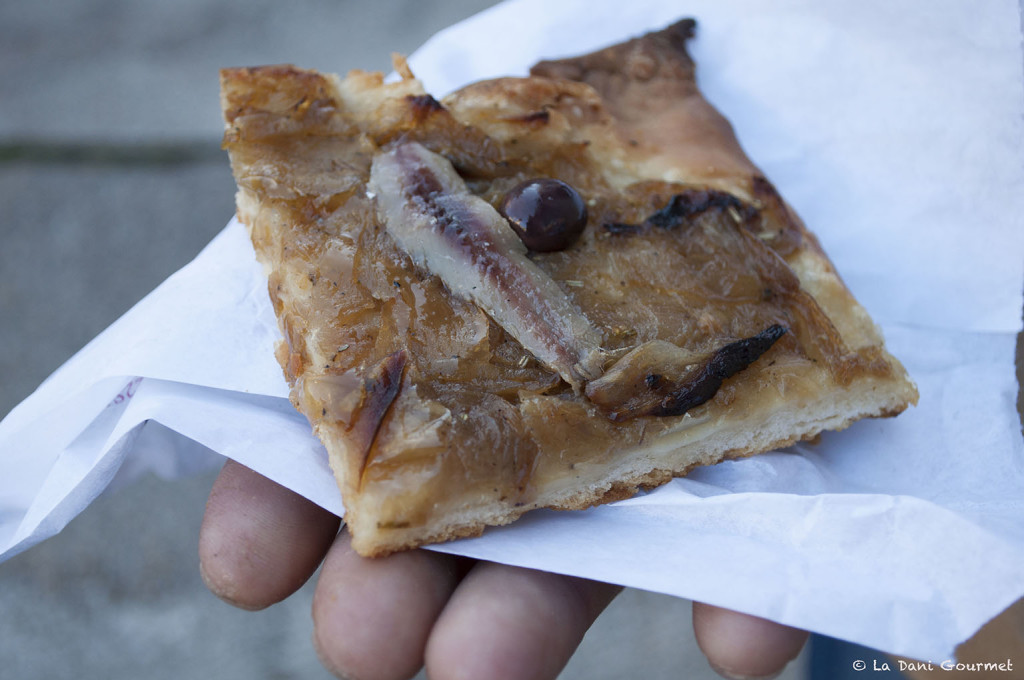 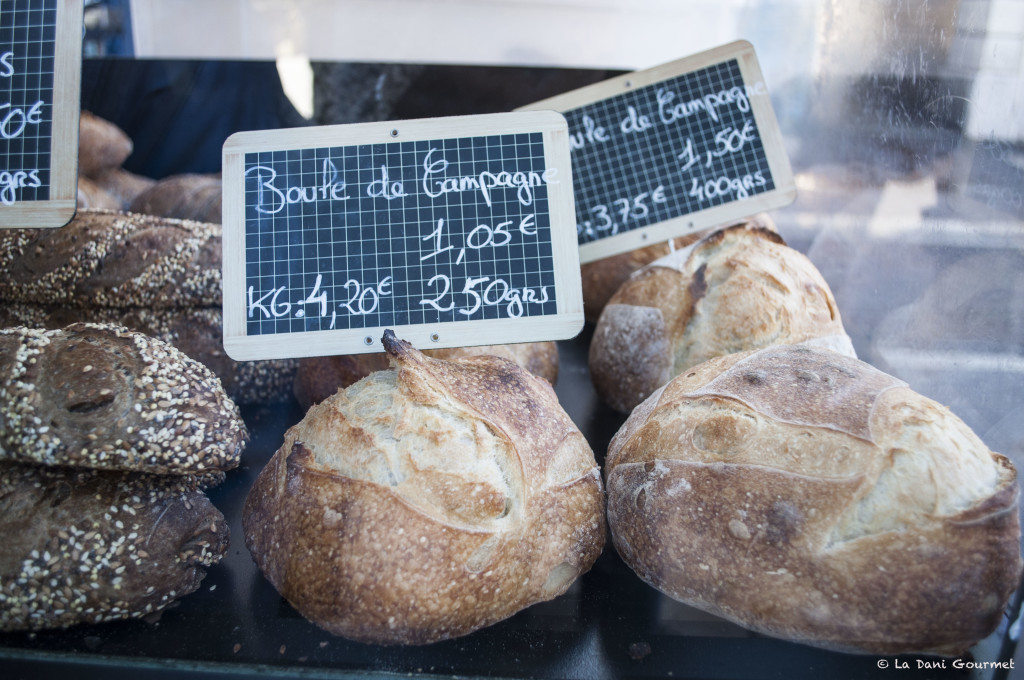 Being a market enthusiast, I couldn’t resist visiting also the Marché de la Libération, more authentic and mainly populated by locals. To get there, you need to take the tram service that runs on Avenue Jean-Médecin, direction Henri Sappia, and get off at Liberation.

From Tuesday to Sunday, you’ll find lots of booths of fruits and vegetables, many varieties of mushrooms, as the weird Trompettes-de-la Mort, an area dedicated to fish and a covered market. Near Place Général de Gaulle I met Jean Cassar, a cheese producer of great goat milk cheeses, made from the raw milk of the white goats he breeds on his own just 35 km from Nice. Stop at this booth, every morning you’ll find his wife available for a tasting of their amazing products.

If you get hungry, near here you find Kiosque Tintin where I tasted a very nice Pan Bagnat, a typical sandwich made with Pain de Campagne seasoned with generous olive oil, vinegar, salt and pepper and stuffed with tomatoes, salad, onion, radish, tuna, anchovies, olives, boiled egg. Technically the transposition of the niçoise salad into a sandwich.

Tasting croissants and fougasse, I discovered an interesting city with a strong personality, that always leaves me with a will to come back soon. À la prochaine, ma chère Nissa!