As toddlers we used to eat its puree, and growing up we learnt how to use the knife, making practise on it. I have never met grown-ups that don’t like a cake or pie made with this fruit, and I know many people who love to use it in savoury dishes.

Apple is the queen of fruits and there are thousands varieties. This time I chose a less-known one, an excellent produce from South of Italy: the Annurca Apple from Campania IGP. The first time I heard about it, I was watching a video with Rosanna Marziale, a Michelin starred chef at the family-rum restaurant Le Colonne in Caserta. And it’s not a case that the widest production area of this fruit is exactly the “casertano”. 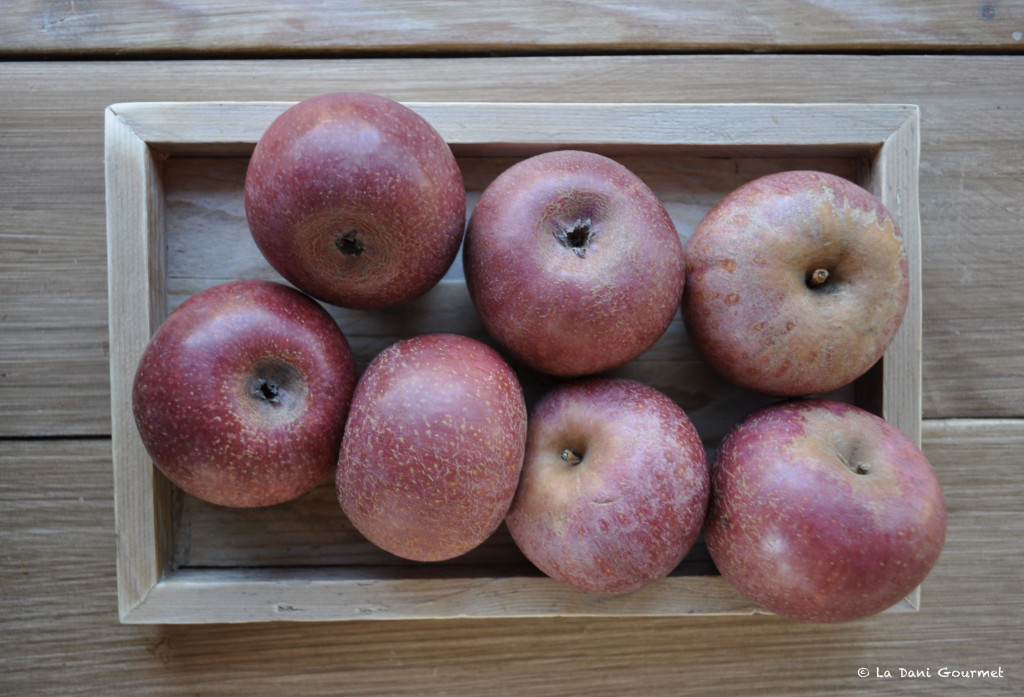 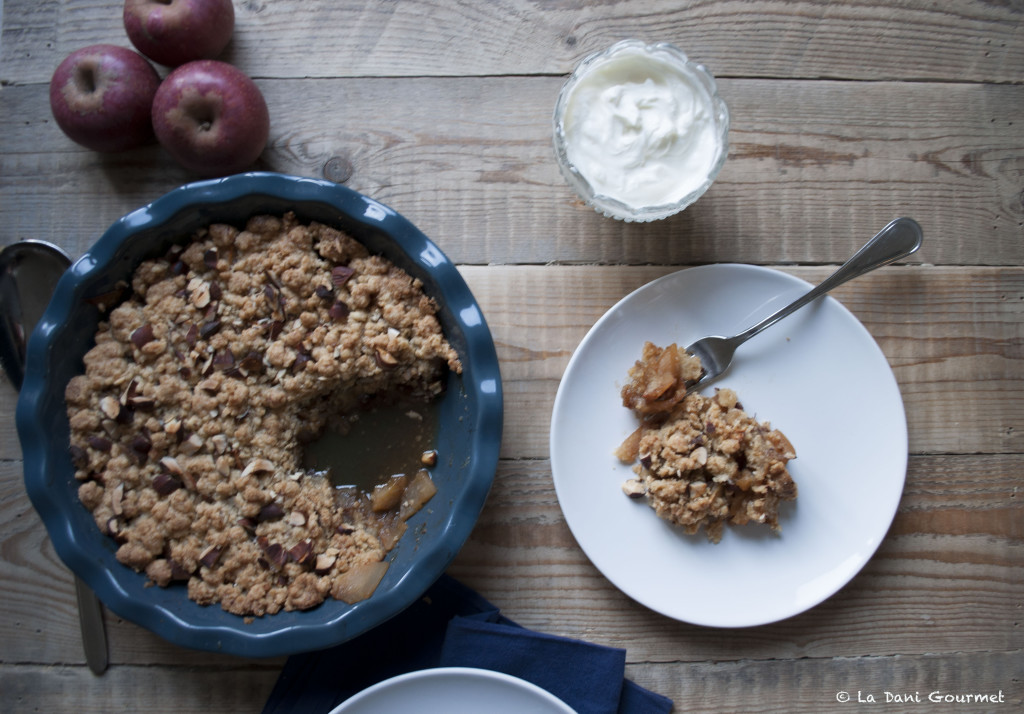 It differs from other apple varieties, since it ‘s harvested when still unripe and then placed on the so-called melai, wide straw beds covered by shading cloths to protect apples from the harsh sunlight. Here apples are turned by hand, so they ripen properly.

It’s incredibly fragrant and it has a light, crisp and juicy flesh, perfect for both sweet and savoury recipes. Chef Rosanna Marziale use the Annurca Apple compote to rub the veal shoulder, which will be then dressed with a tuna sauce and a black olive powder.

Here I share a classic English dessert, now pretty famous even in Italy. As you know, crumble is made of flour, sugar and butter – normally in equal parts – over generous sliced fruits and then baked. The perfect treat for this season, to be eaten still warm, better with a side of ice cream or Greek yogurt, as I chose this time. A scrumptious way to end a meal, and ideal for a last-minute dinner with friends. The longest chore is to peel and chop apples, but you can ask some friends for help! 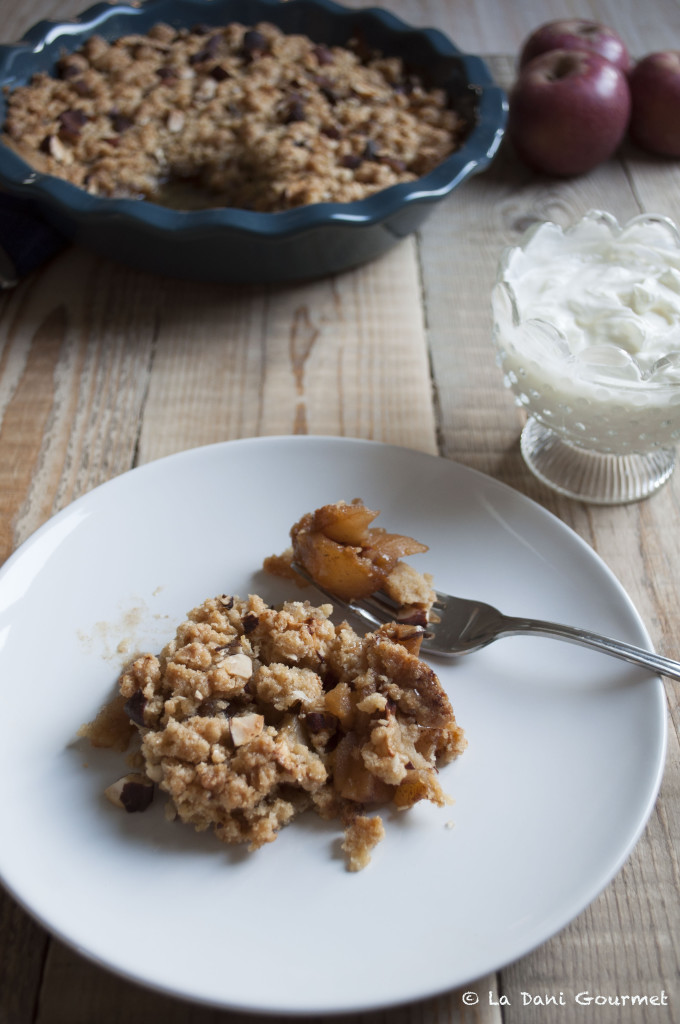 for a baking pan of about 24 cm 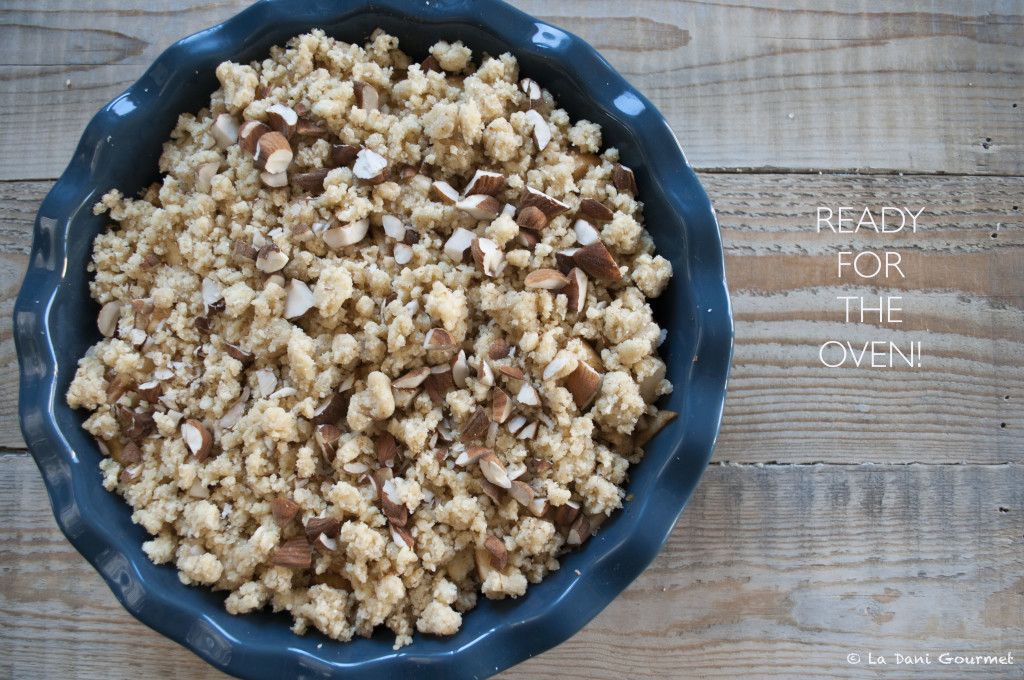 1.Peel the apples, remove the core and chop them into pieces half centimeter thick.

2.Put them into a deep ceramic baking pan and sprinkle with sugar, gingerbread spice mix and cinnamon.

3.In a stand mixer, or by hands, mix cold butter with flour until it turns into a wet and rough sand. Add the sugar, give it a stir and with your hands rub it until the mixture looks like medium-sized breadcrumbs.

4.Put the crumble mixture over the apples and then properly distribute the roughly chopped almonds. 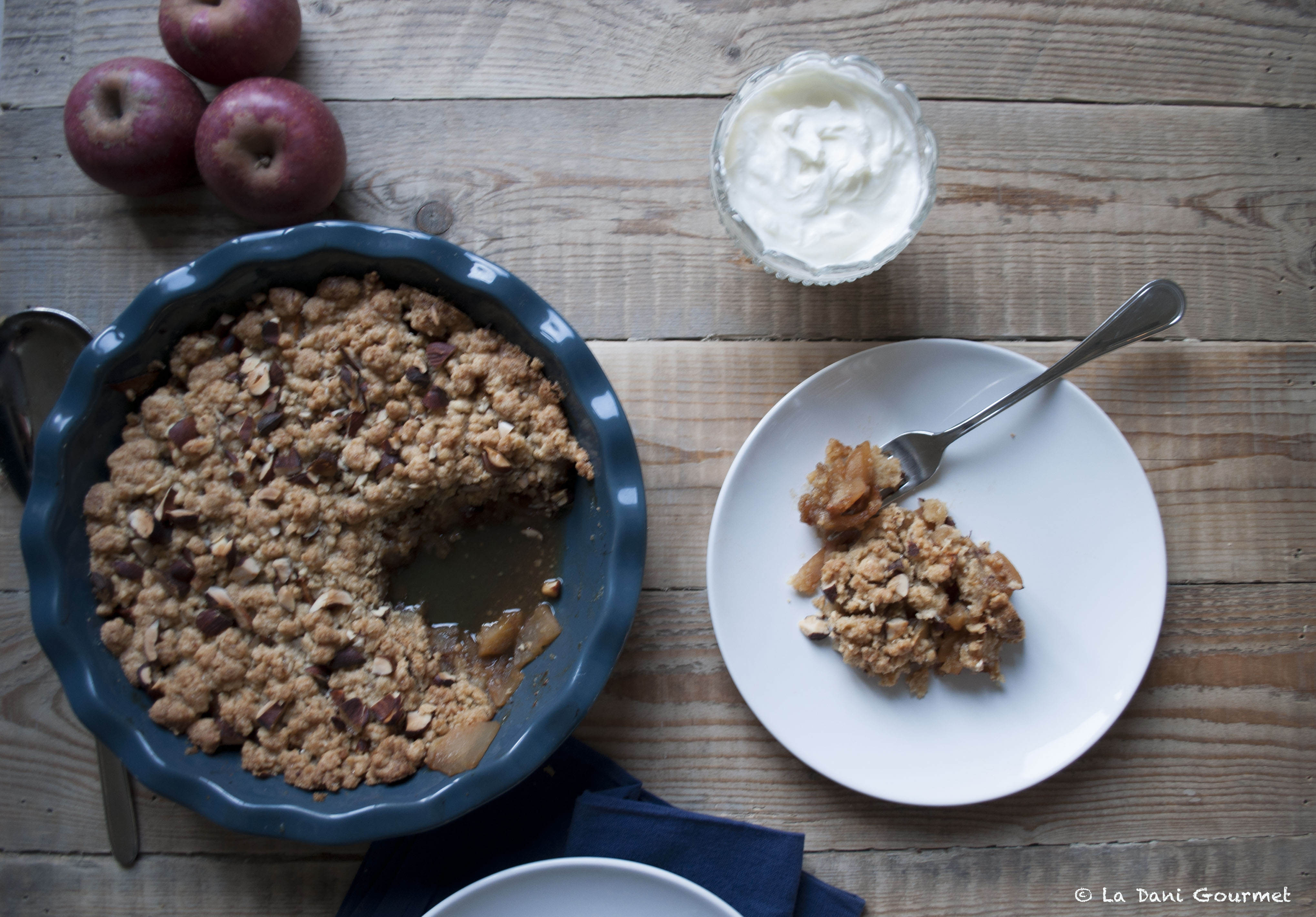