While the project Gourmet 30 is going to start, I’d like to share with you the recipe of this extremely tasty and balanced dish.

It’s assumed that “gnocchi” are the first type of pasta that mankind ever used. At the beginning they were only made with flour and a little of water, then, at the end of the eighteen century the potato gnocchi became more popular, and so far they are the most common in Italy.

Potatoes have to be old and floury. If you use starchy potatoes, you’d need to add extra flour and your gnocchi wouldn’t be fluffy as they should. Many people are afriad to prepare gnocchi at home, but I swear it’s so easy and quick enough (1 hour and a half to be able to serve) and the result will be of great success. 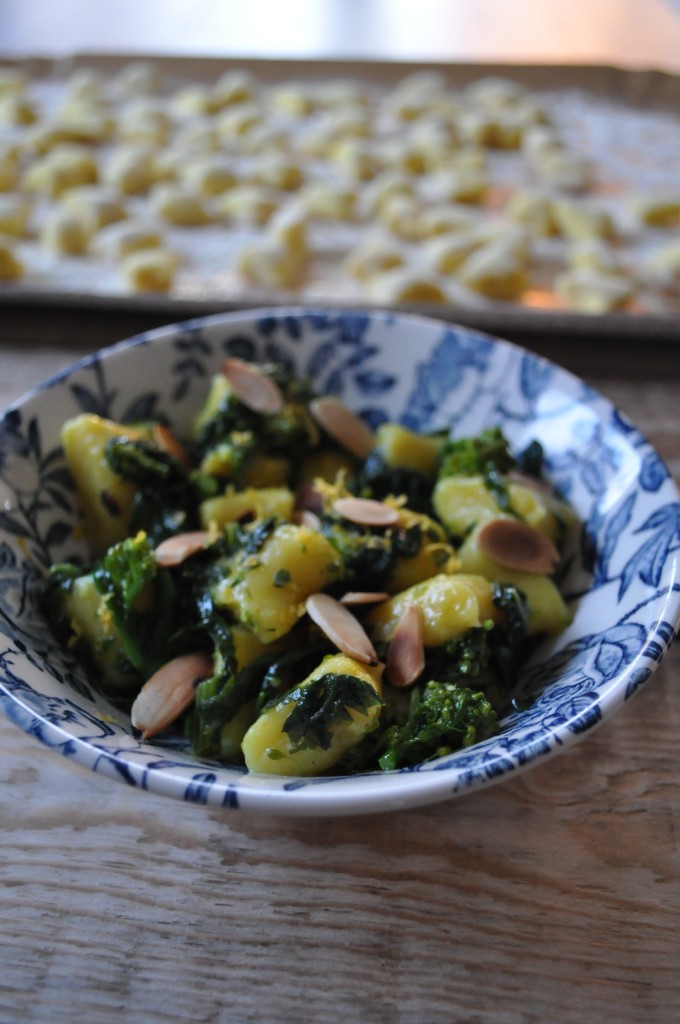 1.Peel off the skin of the potatoes and cut them into pieces of the same dimension, and let them steam for 30-40 min until soft.

2.In the meantime, wash the broccoli rabe, cut them roughly and sauté them in a pan with evoo and a piece of garlic. Let them cook for about 20 min and season with salt.
In another pan, toast the sliced almonds, being careful not to burn them.

3.As the potaoes are soft, press them into the potato masher, season with salt and mix it with the flour and the turmeric powder using your hands. Be aware that the quantity of flour can vary a lot according to the type of potato you’re using. Maybe you’ll need more flour.

4.Don’t knead the dough too much, you just need two minutes to form a nice and smooth ball. Divide the dough in 4 pieces and roll them out on a surface dusted with flour and shape them into 1,5-2 cm thick ropes. Cut each rope into 2 cm pieces.

5.Cook the gnocchi you made into salted boiling water for a couple of minutes, from the moment they float on the surface. Drain them carefully with a schiumarola (perforated spoon) and gently mix them into the broccoli sauce.

6.Serve with toasted almonds and lemon zest on top. 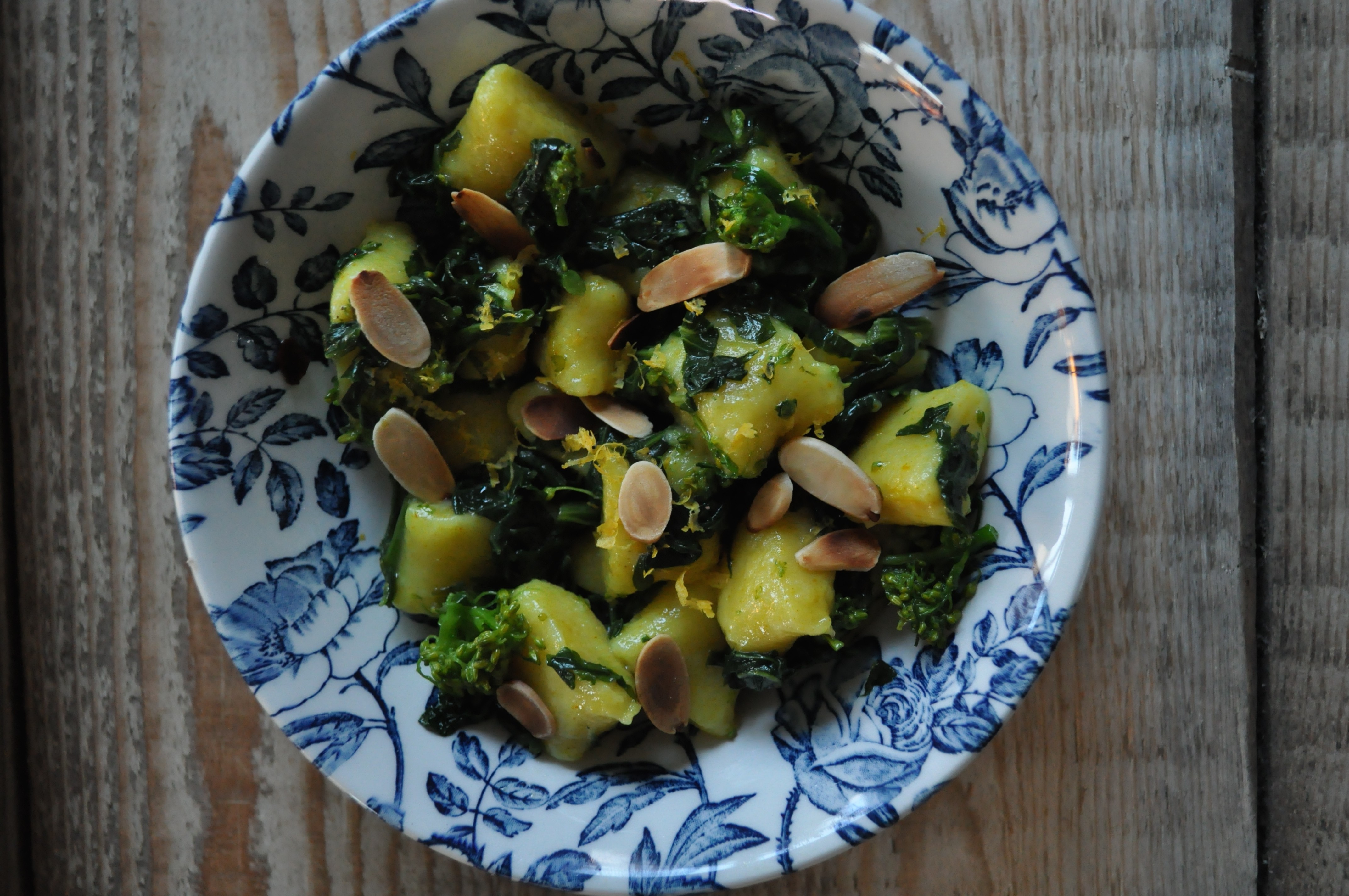