Friday the 25th and saturday the 26th I attended the national conference Grani&Pani at Accademia dei Georgofili in Florence. It was a first forum about ancient grains, organised by the competent journalist Paola Mencarelli and Grassi&Partners.

A two-day-long event with farmers, millers and bread-makers from Tuscany and all over Italy, who shared their experiences and knowledges, supported by scientific insights of university professors. Prof. Benedettelli, faculty of Agrarian Sciences in Florence, has been the main scientific contributor and pointed out the features of ancient grains. 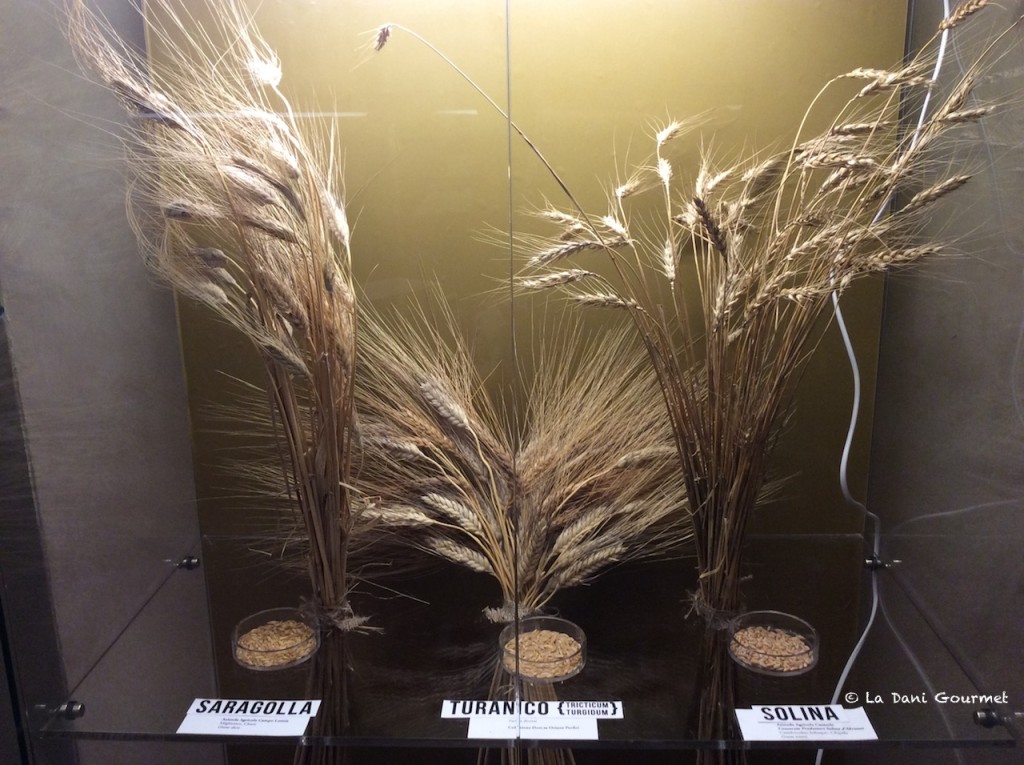 Commonly used since the postwar period, they have been replaced by modern varieties, more performing grains coming from hybridization experiments and gamma rays. The modern wheat is more productive (7 tons against 3,5 tons for ancient grains) and it contains stronger proteins – gliadin and glutenin – which facilitate the bread-making. These proteins together with water and the mechanical action of kneading form the gluten, an extremely important protein for the rising process of bread.

Indeed modern wheat has very high strength (the W index), from 100W till 400W. This strength is connected with the gluten, which helps the work of bakers and bread-makers but also has increased the number of people affected by celiac disease and gluten intollerance.

On the contrary, the ancient wheat has a low strength – often it doesn’t reach even 100W – and features many advantages. They have more nutrients, and if regularly consumed, they could regulate cholesterol and insulin.

They’re also good for the environment. Perfect for the agriculture in biodiversity and the recovery of marginal areas, they give new life and enrich -and not exploit- abandoned lands.
Being more resistent to parasites, they don’t need many pesticides, and thanks to the their deeper roots and higher frames, also herbicides and fertilizers are barely required.

These features, together with the typical crop rotation, help the soil to be fertile and rich without added chemistry. Lorenzo Ighina from the company Azienda Agricola la Felicina speaks about his success in his lands, using the crop rotation of potatoes and the ancient grain Enkir, which is turned into flour by the miller Mulino Marino. 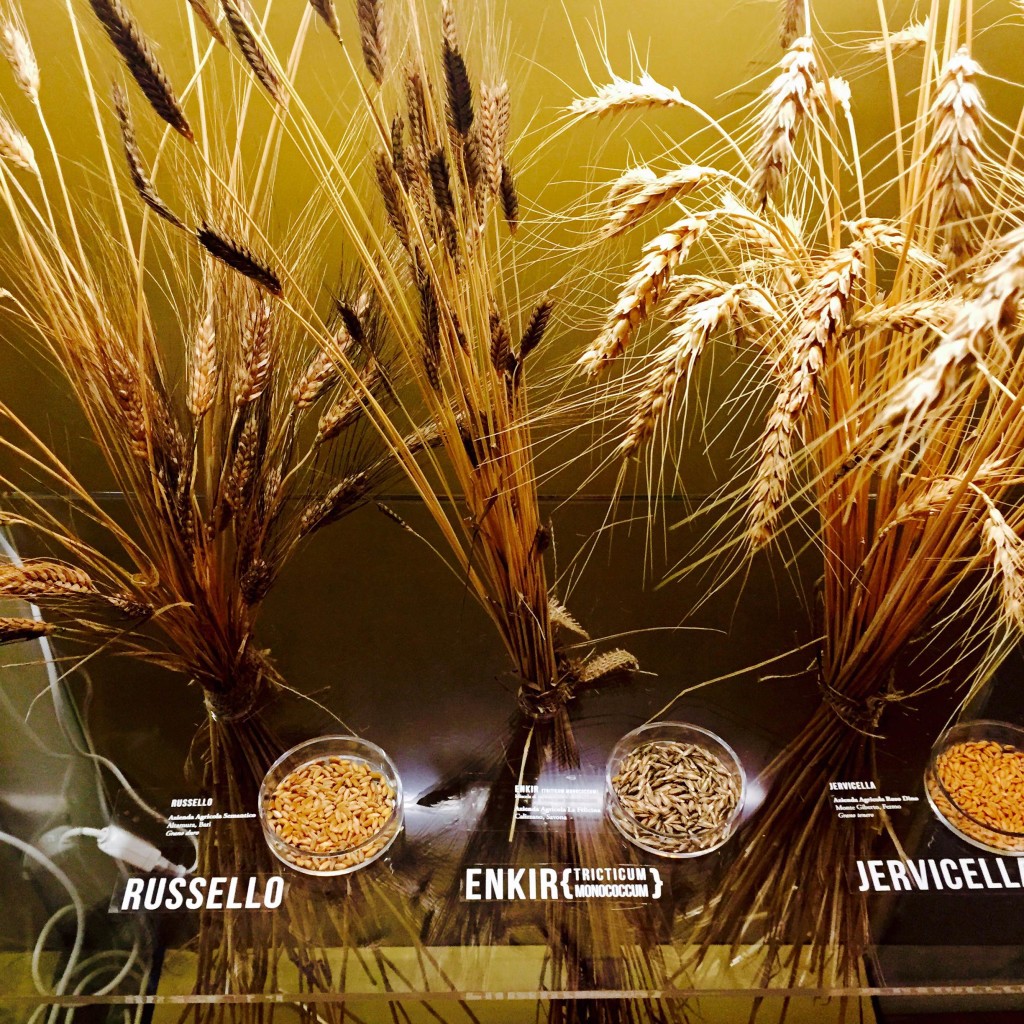 Not only grain is important, also the flour milling is crucial.

Not many have the fortune, as the Azienda Agricola Floriddia, to manage every phase in the same company. Rosario Floriddia’s farm deals both with the organic culture of ancient wheat and grinding grains with a millstone. They also produce bakery products, such as bread, biscuits and pasta.

As Fulvio Marino explains, the miller has the difficult task to select grains and make an accurate cleaning, to avoid unnecessary and dangerous elements to be ground.
The best grinding machines are millstones, since they preserve the nutrients of the grain. Filippo Drago, from Molini del Ponte, recommends the grindstones from La Ferté-sous-Jouarre, which are also used by the Tuscan Molino Grifoni, a small reality in Casentino where the millstones work thanks to the sole water-power. 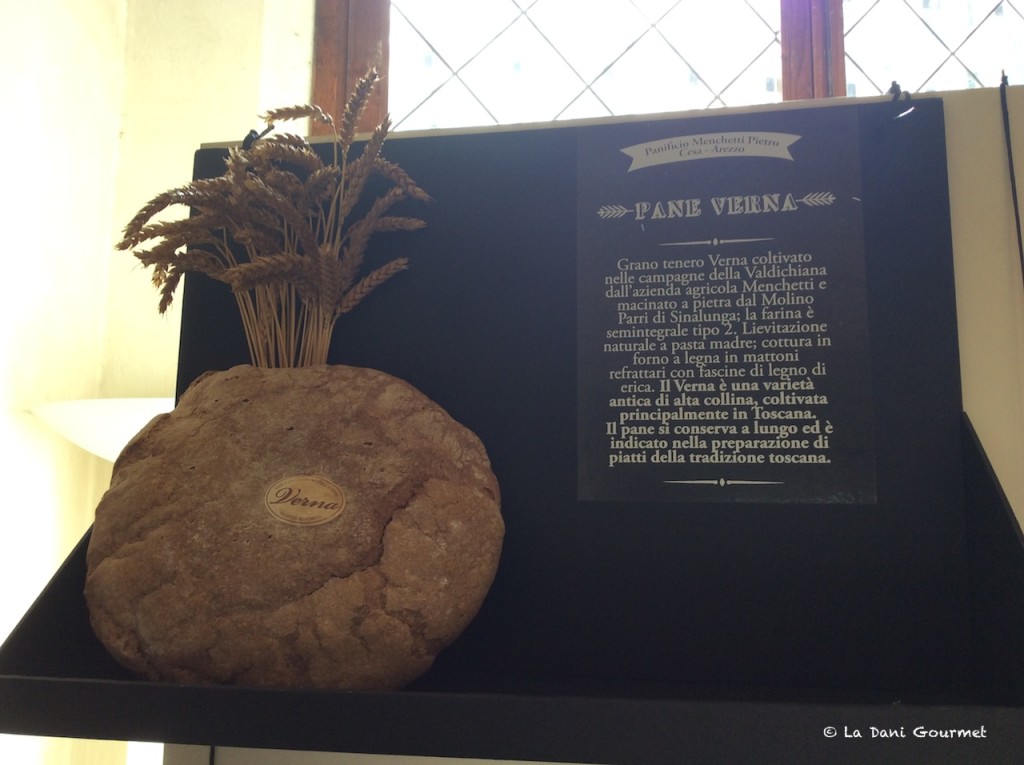 During the second day the main themes have been bread and sourdough, with an insight about Tuscany and the rest of Italy.

The Saturday conference has been introduced by Prof. Ciuffoletti, professor of Contemporary History, who gave an interesting explanation why the Tuscan bread is saltless.
The goods – and therefore the salt – arrived in Pisa, but the area was hardly reacheable, because of the spread of malaria. Moreover, the local salt of Volterra was expensive for the people living in the country outside the rich bankers of Florence. Those people made a living, making bread at home and eating vegetables from the garden. The importance of bread in the Tuscan food reflects with the many traditional recipes still in use: as ribollita, a dense soup with Tuscan kale – in the Middle Ages it was compulsory by law to have it the garden – or pappa al pomodoro, the schiacchiate (similar to focaccia), and crostino toscano. 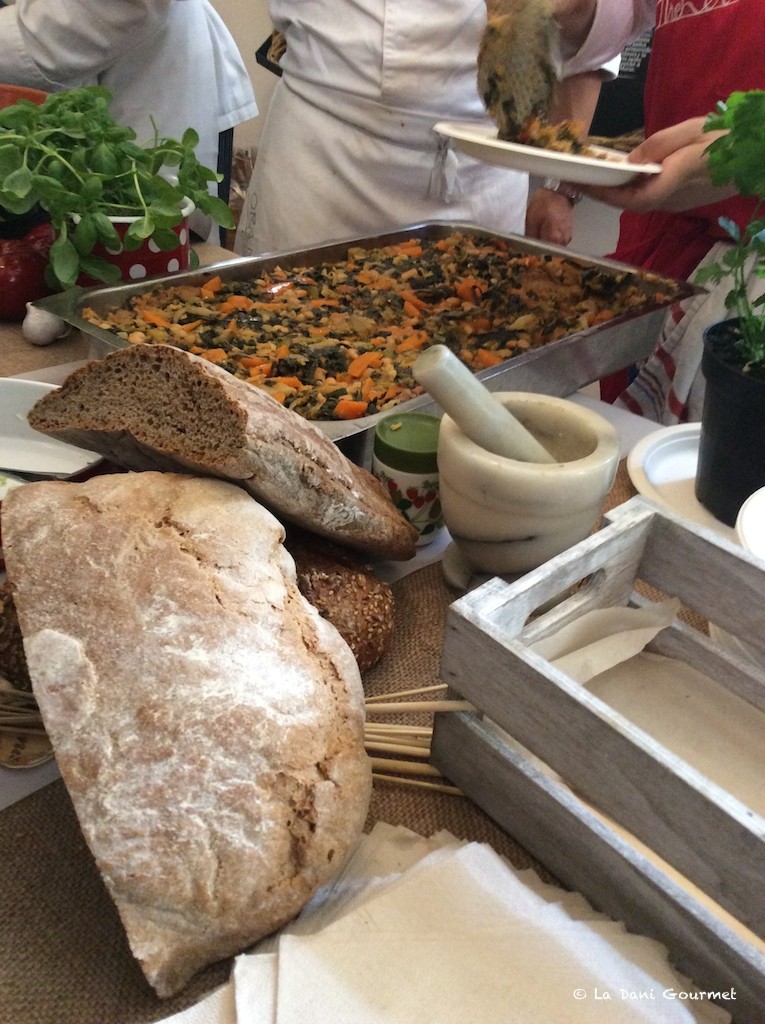 Interesting also the experiences from the bread-makers atteding the conference in the morning. I mention Panificio Menchetti, which has built its own success around the ancient grain Verna, recovered thanks to Prof. Benedettelli. The Menchetti family has many “panifici” around Tuscany and Umbria and they even  got the “Tre rotelle” Gambero Rosso, an important reward for take-away pizzerie.

David Bedu, the French owner of  Pank-La Bulangeria, at the first floor of the Mercato Centrale di Firenze, was already a pastry chef but was keen on bread making. He is now a great baker and has even been vice-champion at the Coupe du Monde de Boulangerie in 2005. Among the specialties, he proposed the Pane di San Lorenzo (San Lorenzo Bread), in honor of the patron saint of bread-makers. This is a 2 kilos loaf, made with the flours of Mulino Grifoni and a liquid sourdough. 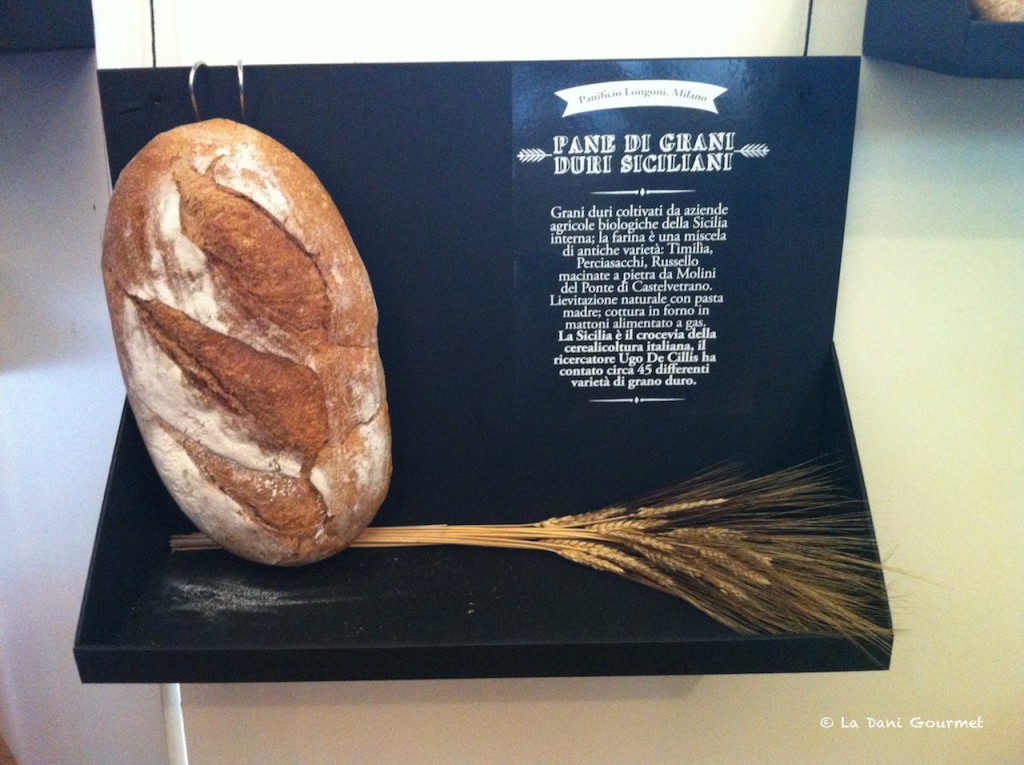 Everybody agreed about the greater features of sourdough, compared to (brewer’s) yeast. Prof . Benedettelli specifies that the brewer’s yeast is made by billion of bacteria of the same nature, while sourdough is populated by millions of bacteria of different natures, and therefore it’s able to develop better and more complex aromas.

In the afternoon, the conversations with the journalist Laura Lazzaroni (with an upcoming book about ancient wheat) and the bread-makers from the rest of Italy brought to an interesting point: the compromise. Everybody agree that ancient grains are better, but perfection doesn’t exist. Therefore we have sometimes to accept defects in specific products (as for example in panettone), or we shouldn’t be shocked if the best pizza in Italy, the one made by Franco Pepe, isn’t made with sourdough, as Dott. Vincenzo Coppola told us, from Azienda Agricola Zullo, the supplier and collaborator of Mr Pepe.

Hence, they have been two intense days, rich of information, passion and real people. The air is changing into the world of grain, flour and bread, also thanks to the people present at this event. They gave new life to something considered obsolete and they managed to give a new dignity and value to hard jobs, that young people scarcely chose so far. 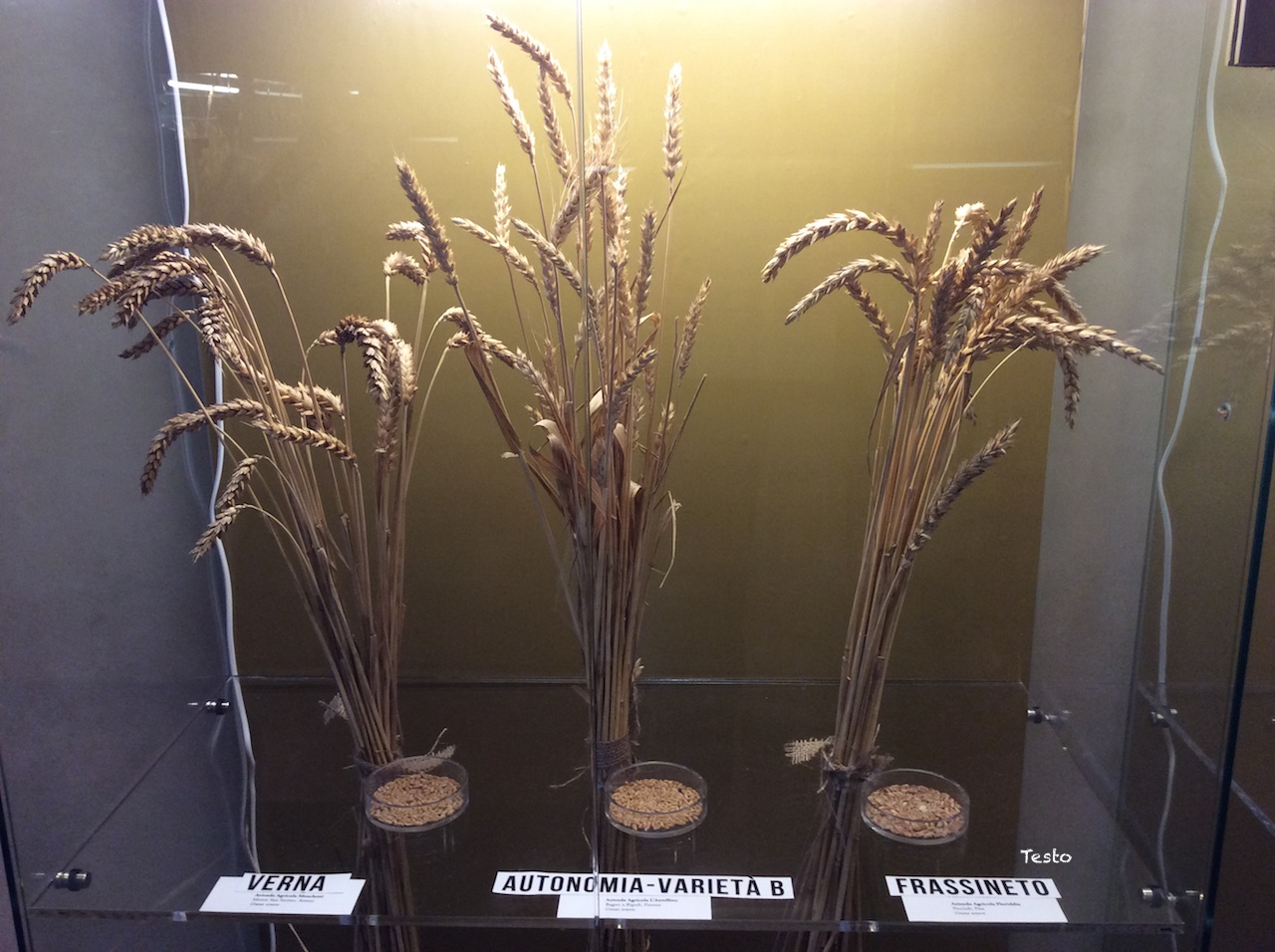